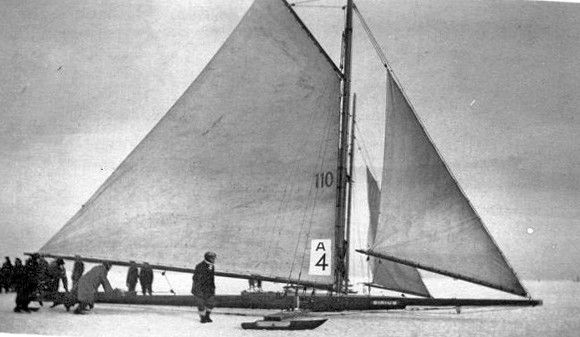 SIRIUS at the 1913 Northwest Regatta at Menominee, Michigan. (See all the photos from that regatta here.)

One hundred years ago, a newspaper insert geared towards children, Golden Days For Boys and Girls, published this gem of a story in nationwide newspapers. The fictional action takes place around what appears to be the Lake Winnebago area. One of the boats in the story is named SIRIUS, and perhaps the boat with that same name from Lake Winnebago was the inspiration. Take a few minutes to read the story. (Click on the image to enlarge.) The author was not credited but the story would make a terrific movie. 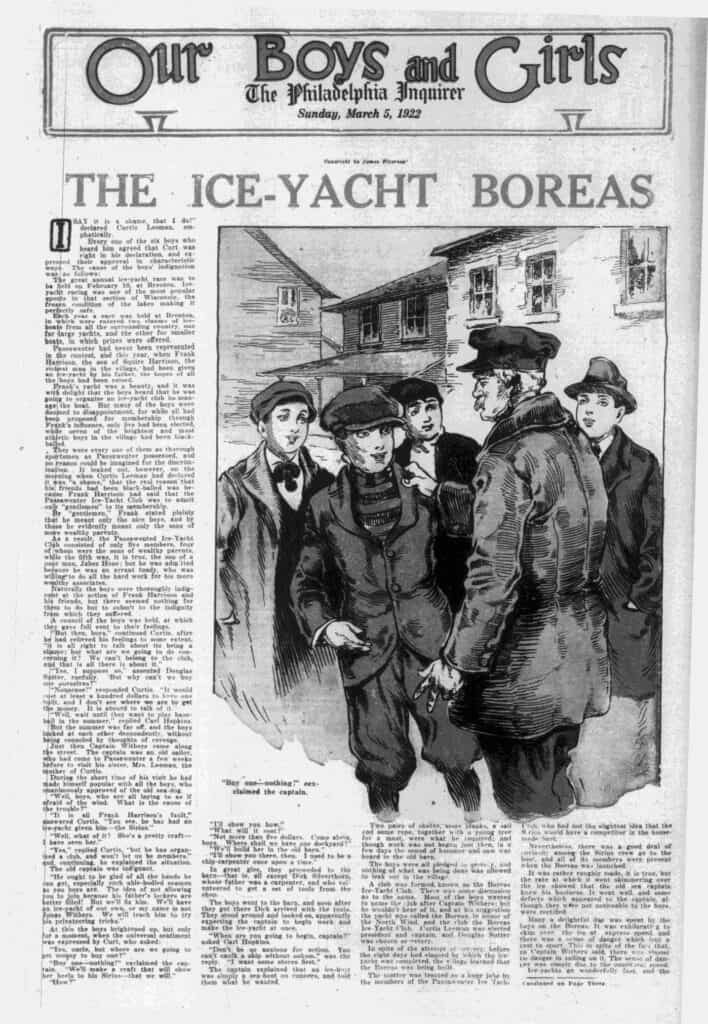 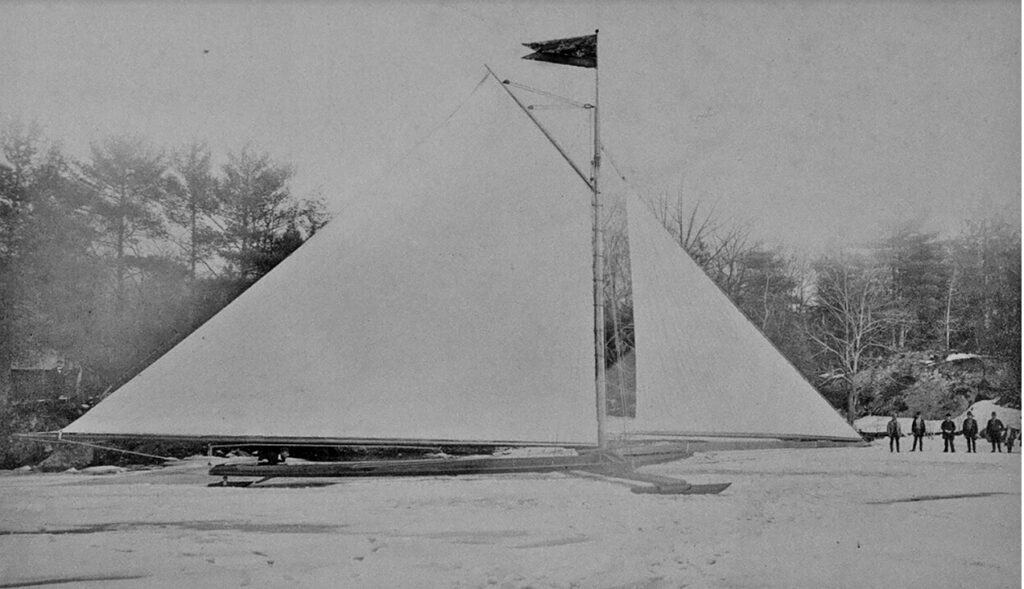 UPDATE: If you missed the presentation or want to watch again, here is the link and passcode kindly provided by the Mystic Seaport Museum:

Please join Henry Bossett and me today on Zoom as we discuss the history and current state of North American ice sailing. Here are links to explore further some of the topics we will delve into today. I’ll add more after the presentation if necessary. You’ll find links to iceboat clubs and class organizations in the right sidebar (on a laptop) or towards the bottom of the page (on a phone.) 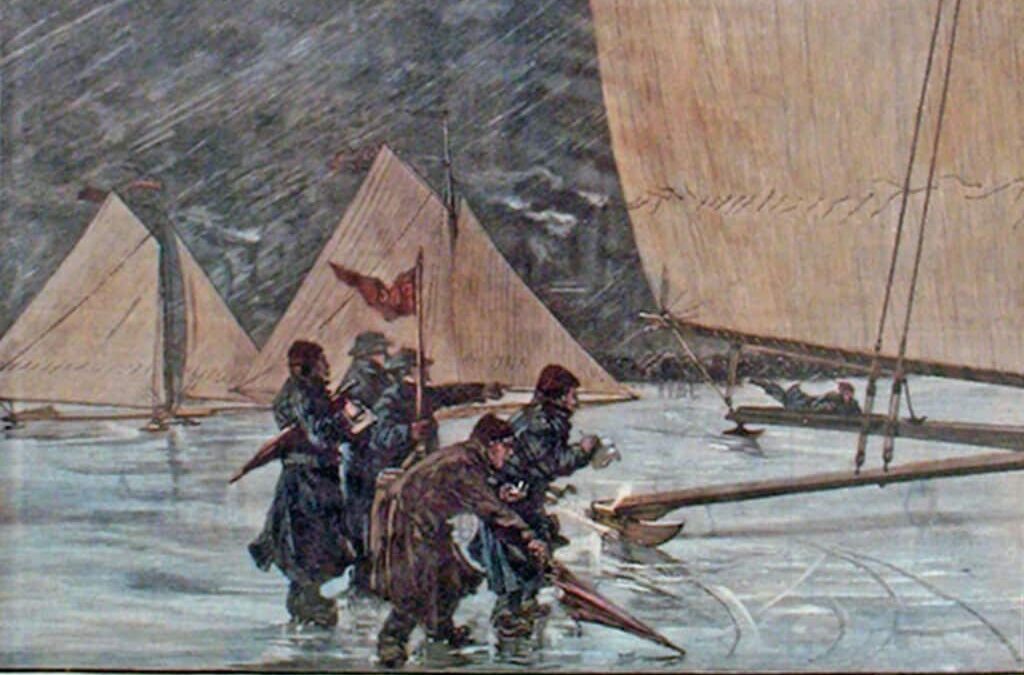 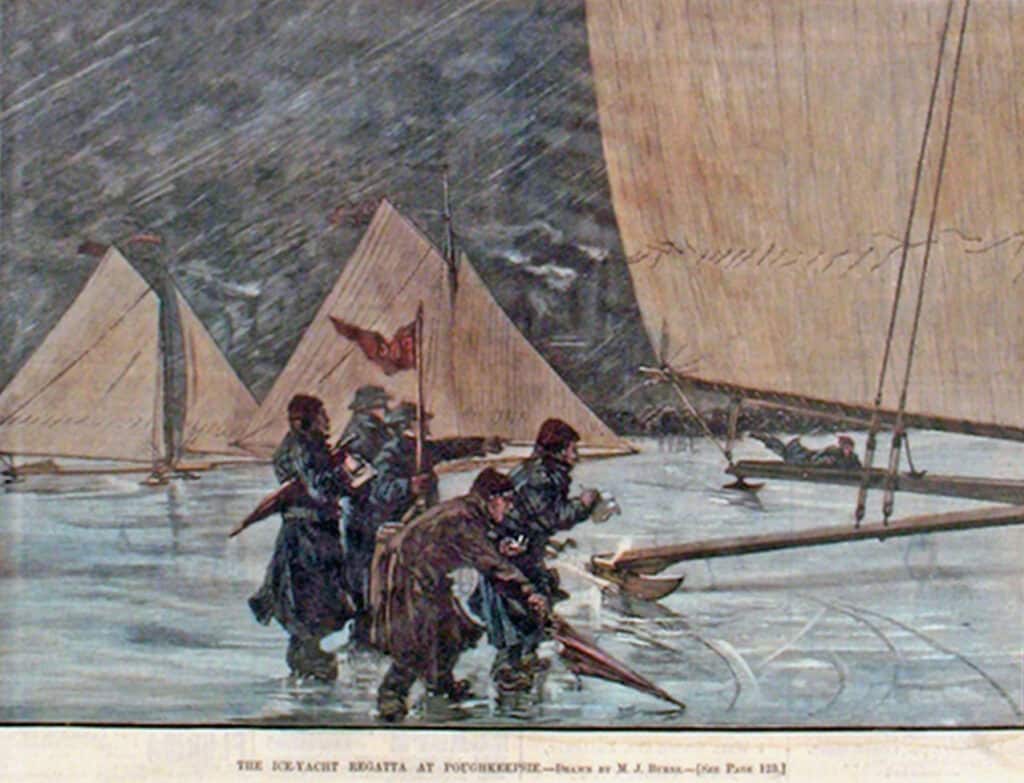 In conjunction with their current exhibition, Story Boats, Mystic Seaport Museum is hosting a virtual presentation about ice sailing on Thursday, August 4, 2022, at 1 PM CT/2 PM ET. From Stern-Steerers to Skeeters, Henry Bossett and I will discuss the roots, social history, and development of North American ice sailing. Henry is a DN class champion and retired sailmaker who has spent years combing through newspaper and museum archives finding the stories that define our sport.

Let’s cool off
Ice boating experts, Deb Whitehorse and Henry Bossett, will discuss the sport of ice sailing on August 4, at 2:00 PM ET in a free virtual presentation.
Click here to register: http://ow.ly/EHL550K1uEg

Summer Solstice is behind us; we are on course for the next ice sailing season. Nordic countries have marked Midsommer since Pagan times when Thor and Odin ruled the north. I stumbled upon Ull, a Norse God who was the fastest deity around and patron of our favorite time of year. Ull could transform the shield he carried into a boat and bones into skates. With that much power, it’s not a stretch to believe his bow was basically a mast. Put his boat, bone skates, and mast together, and that’s an iceboat. In some Norse mythology accounts, Ull married Skadi, the Goddess of winter and cold. It’s five months until the Western Challenge, the season’s first fun DN regatta. Sharpen those bones! 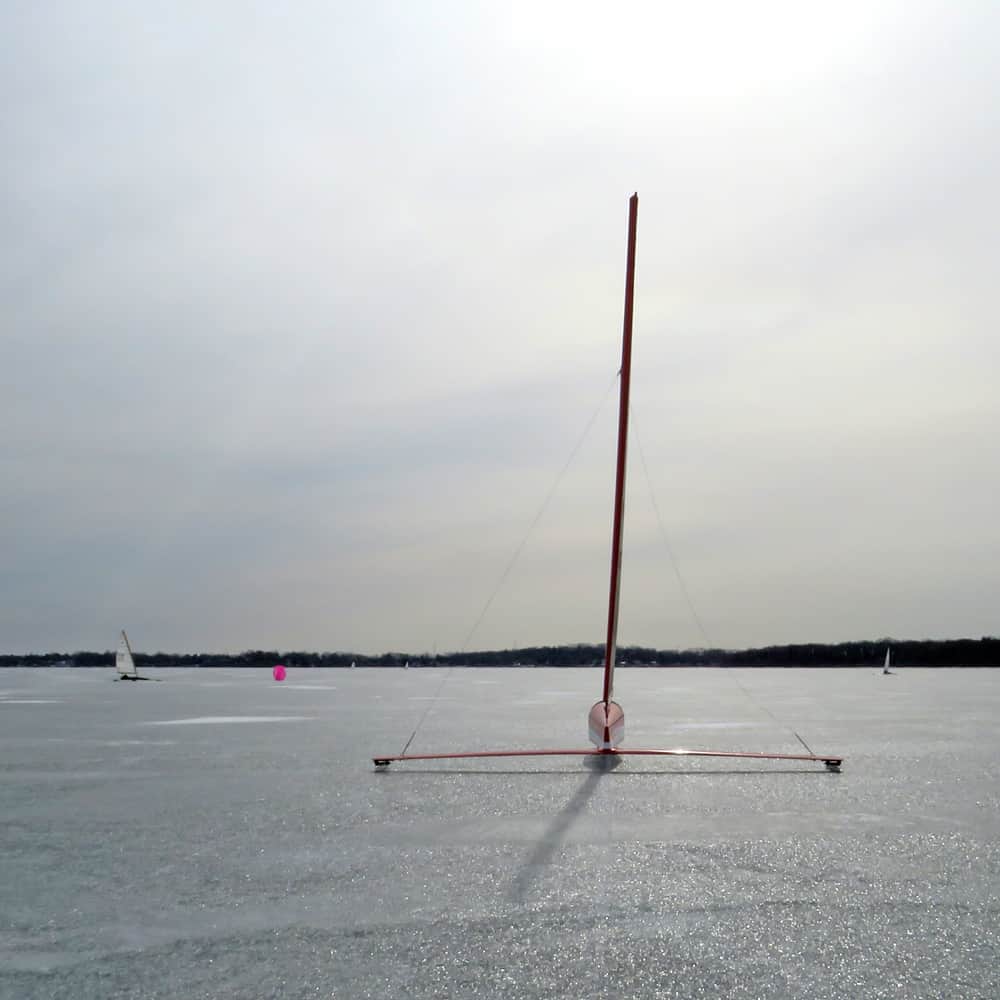 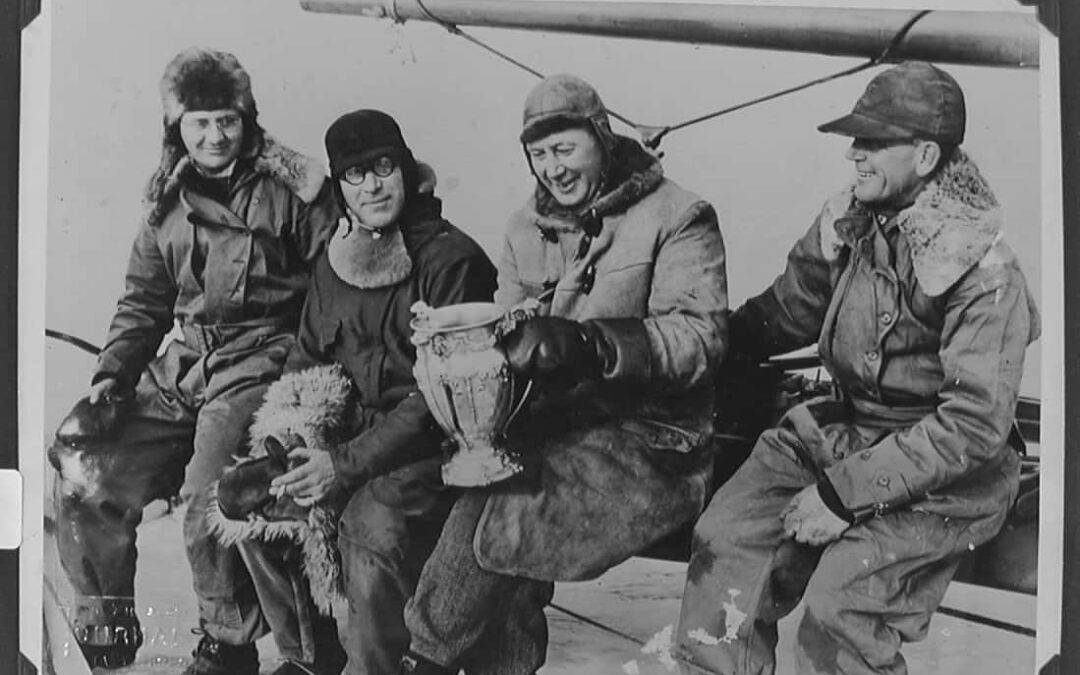 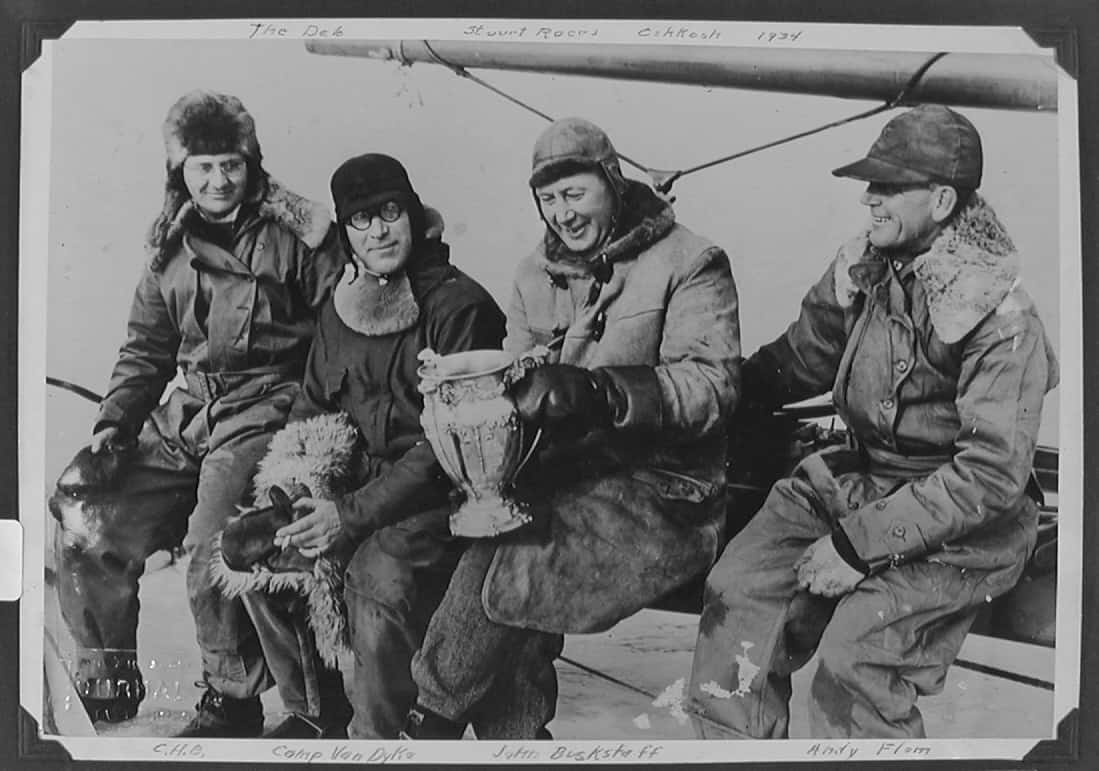 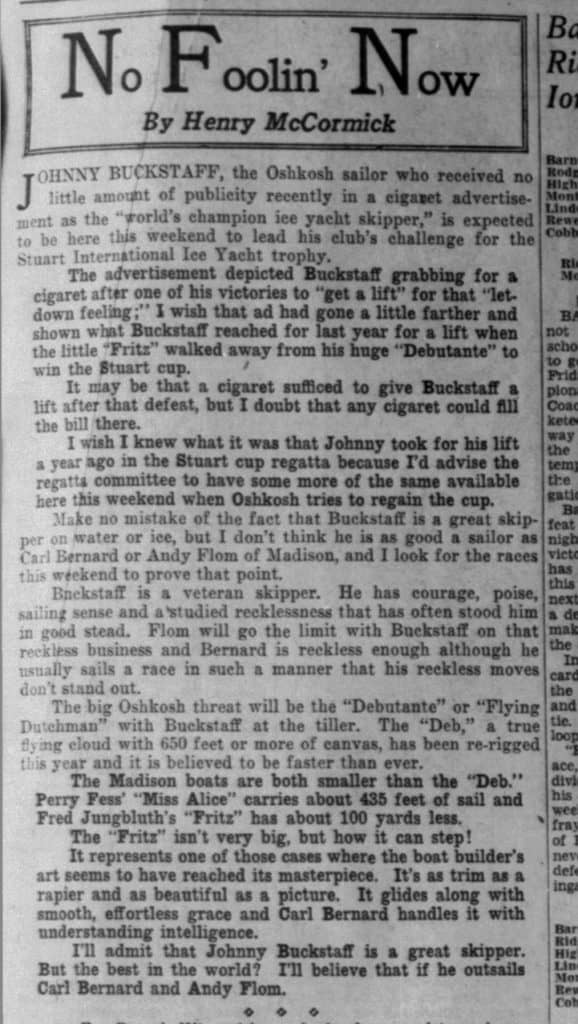