Learn the 9 rules of racing.

Updated February 2019
The By Laws and Racing Rules are also available in a pdf format which is the recommended method to print your own book.
Download PDF VERSION

Section 1 – The name of this organization shall be the Four Lakes Ice Yacht Club.

Section 1 – The object of this club shall be to encourage ice yachting, to promote the social interests and good fellowship of all persons and clubs interested in ice yachting, and to sponsor races which shall be conducted under reasonable and prudent rules.

Section 1 – Anyone who has an interest in iceboating and pays the club dues becomes a member in good standing.

Section 2 – Any member in good standing shall be eligible to participant in all club activities. Only members whose dues have been paid shall be scored in club races. (1216/81)

Section 5 – Any member who is an active member of the military service shall be carried as a member in good standing without payment of dues until they are discharged.

Section 6 – Any senior member who is enrolled in college or university becomes eligible for junior membership dues.

Section 7 – Dues paying year for the 4LIYC shall be July 1st to June 31st of the following year, which will correspond to our fiscal year’s records. (2/24/2011)

Section 9 – Outstanding contributions to iceboat racing in the Four Lakes Ice Yacht Club are the guidelines to be used for the body to nominate members at the first general meeting in January for the Honor Roll. (12/6/67) (2/20/2002)

Section 10 – A member may be expelled from the Four Lakes Ice Yacht Club by a majority vote of the Board-of-Directors.

Section 1 – The Four Lakes Ice Yacht Club shall be a member in good standing of the Northwest Ice Yacht Association.

Section 3 – Fleet Captains shall be members in good standing of the club. They will be elected by a vote of the members of their respected fleets at the next meeting following the meeting when election of officers are held.

Section 4 – The suggested order of business shall be as follows:

Section 1 – The officers of this organization shall be a Commodore, Vice-Commodore, Secretary, and Treasurer, who shall hold office for one year or until successors are elected. These officers shall constitute the Executive Committee.

Section 3 – The Secretary shall keep and record the minutes of the meetings, shall keep all documents of the club, and shall render a report at any time upon request of the Commodore.

Section 6 – The following is a list of suggested committees.

Section 1 – The Board-of-Directors shall consist of the Executive Committee plus five additional members to be appointed by this committee.

Section 2 – The Board-of-Directors shall choose the two boats to be sent to the Ice Yacht Challenge Pennant of America race. The decision will be made not less than five days prior to the race. (11/14/79)

Section 3- The Board-of-Directors may appoint a representative to be at the disposal of the host club of the two sanctioned regattas, and expense of room and board to be paid by the club. This representative will not be considered a delegate unless so instructed.

Section 4– The Board of Directors shall draw up a list of duties for the race committee. (2/4/81)

Section 1 – Any two members in good standing may submit a proposed amendment to the By-Laws or Racing Rules in writing to the club secretary not later than the last scheduled meeting in January. Each proposal shall bear the signatures of those members and shall constitute a valid motion.

Section 2 – All such motions shall be compiled by the Secretary and distributed to all current members not later than 10 days prior to the 4LIYC Annual Business Meeting. This compilation shall constitute the exclusive agenda for the Business Meeting. A matter not appearing on the agenda, if raised, shall be ruled out of order. (2/20/2002)

Section 3 – An amendment shall be adopted if approved by a two-thirds vote of those members in good standing present at the 4LIiYC Annual Business Meeting.

Section 4 – Except as provided in Section 5, any amendment adopted under this article shall become effective the following racing season.

Section I – Delegates to the annual ISA and NIYA meetings shall be elected among those members represented at the regatta, at a meeting called by the Commodore, or a member appointed by the Commodore. The delegates shall vote in the best interest of the club.

Section 2 – Delegates shall vote as the club has instructed him or her to vote. The delegate shall vote all club proxies unless a member in writing specifically instructs the delegate to vote otherwise. (12/l/84)

Refer to the Racing Rules of the National Iceboat Authority, Part I: Definitions (Feb, 2016)

Refer to the Racing Rules of the National Iceboat Authority, Part IV: Sailing Rules. The safety zone shall be optional. (Feb, 2016) 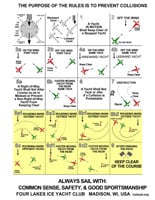 G. Accidents: Every yacht must render every possible assistance to any yacht or person in peril and should she not render such assistance she will be disqualified. If, in the judgment of the Race Committee, any yacht not responsible for the accident shall have thereby injured her chances of winning any prize, it shall award the assisting yacht(s) either their average points from the series or a finish position corresponding to their best leeward mark position from the race when the accident occurred, whichever is more beneficial to the assisting yacht(s). (Feb, 2017)

B. Decisions and Penalties 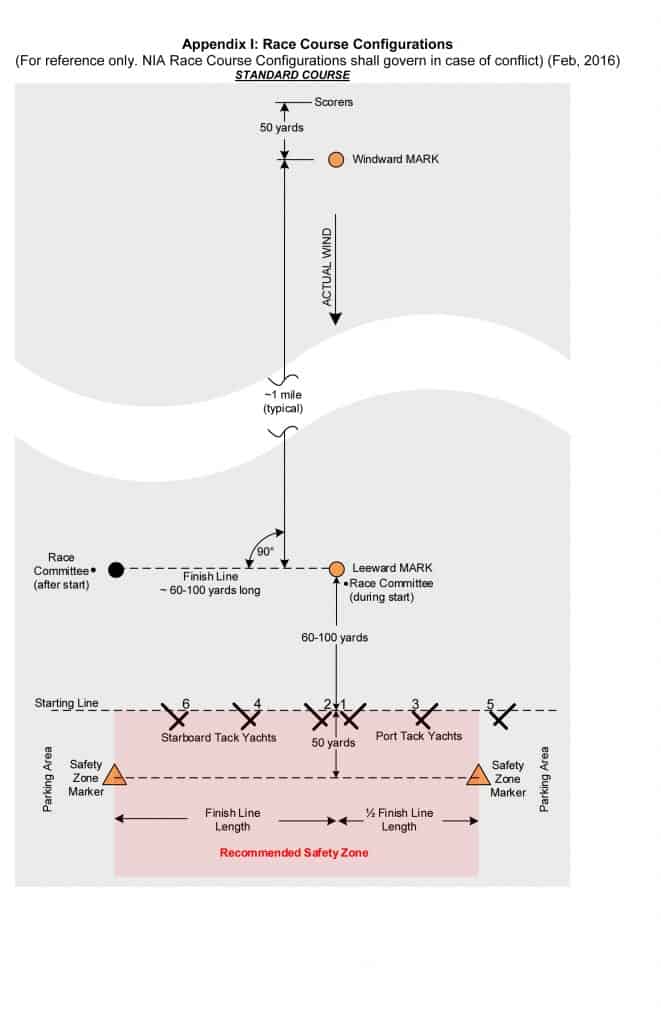 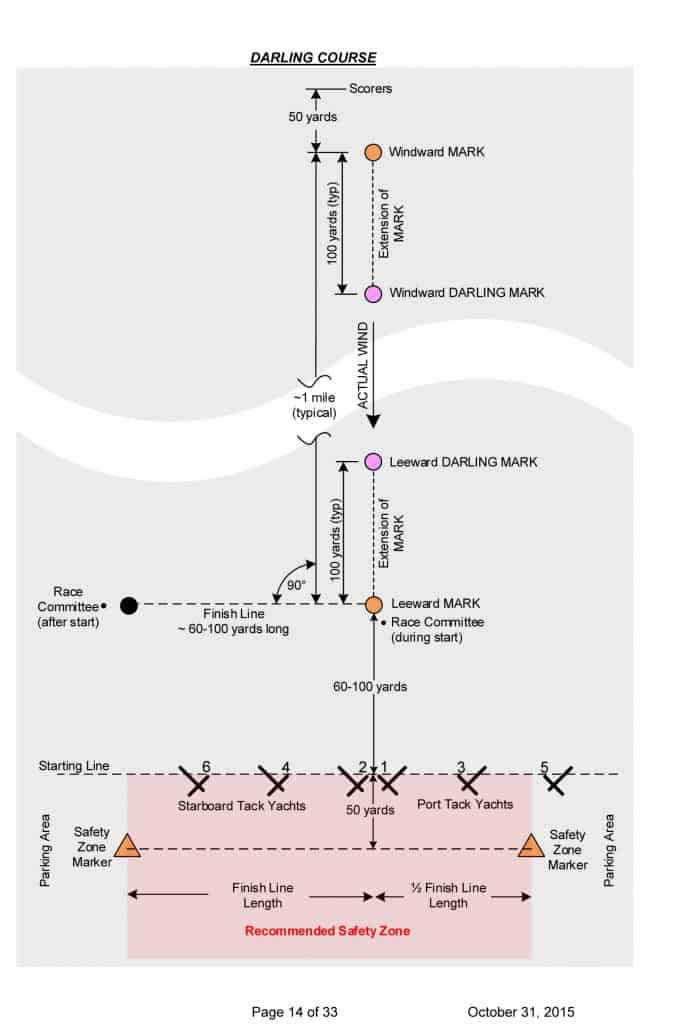 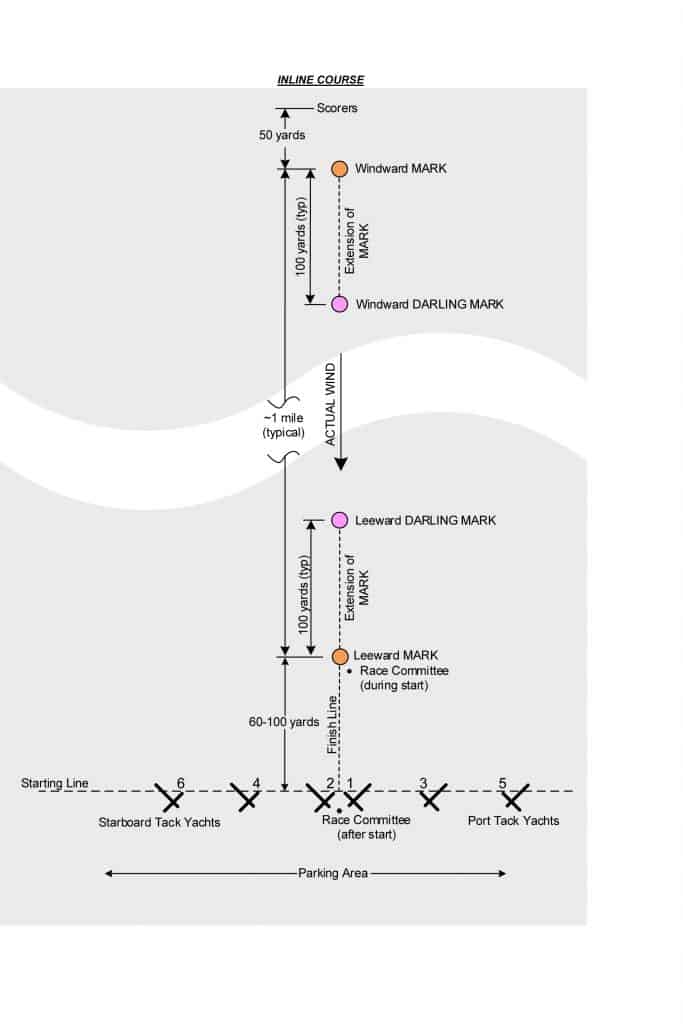