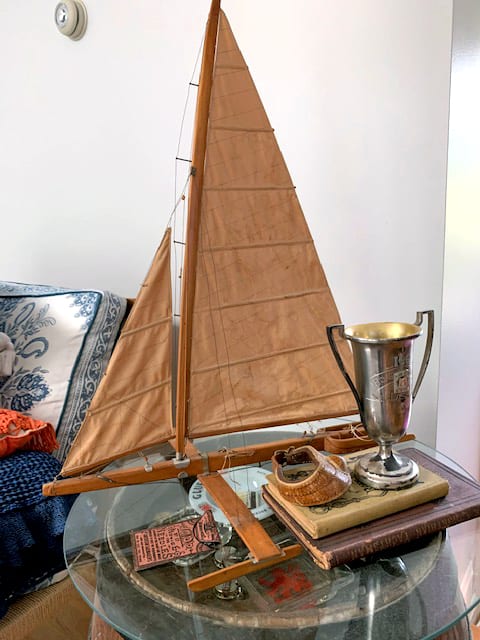 Previous: Minneapolis Play Week
Last week, Jim Gluek shared some family history about his grandfather who raced a Johnson Boatworks-built B Class Stern-Steerer in Minneapolis. Jim has found the perfect place to display the trophy, right next to the model of the stern-steerer that likely dates from around the 1920s.

Jim’s grandfather’s model is a good excuse to take another look at the world of iceboat models which have become highly prized collector pieces. Below are photos of William Bernard and son Carl’s models. (The Bernard Boathouse on Lake Mendota is where iceboat racing began in Madison.) The Wisconsin State Historical Society has a Bernard model iceboat in its collection that Bill Mattison has restored twice. Let us know if you have a model iceboat!