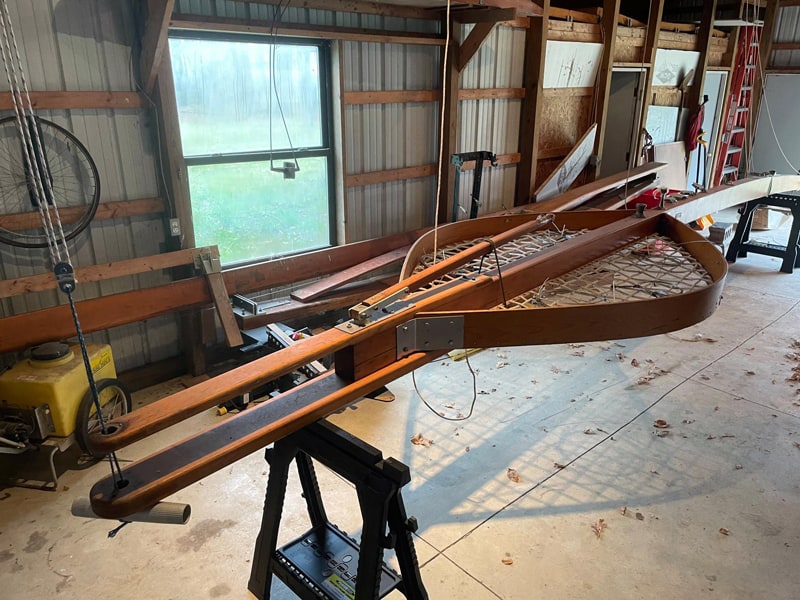 Spring Project: MI Stern-Steerer Down From the Rafters

GULL, down from the rafters.

Members of Michigan’s Gull Lake Ice Yacht Club recently gathered to assess a vintage Stern-Steerer iceboat’s condition. They hope to see her sail again and are taking it on as a club project.

She sailed many years and had been idle, we think, since the late ’90s. Our past Commodore Randy Johnson, may his memory be eternal, was the last caretaker of the Stern-Steerer. She did not possess a name. Our Gull Lake Ice Yacht Club named her upon receiving her as the next caretakers in her lineage. It seemed appropriate to name her GULL of Gull Lake. We look forward to letting her soar on home ice once again. We plan to clean and refinish both the hardware and the woodwork. All the parts are there and in solid shape. We will only swap out some steel turnbuckle adjusters that look to have gone beyond their lifetime for safety. I do not have a photo of her sail yet, which is inside our current Commodore’s home for safekeeping. I will post more photos when the weather allows us to unfurl the sail. She sailed, and we don’t know if she ever raced. Some incoming comments seem to say she shared ice in the Toledo area. We have a trailer project started. We plan to bring her to the ice wherever it may show….. maybe Fort Peck?
Peter Sarelis, Gull Lake Ice Yacht Club, Michigan 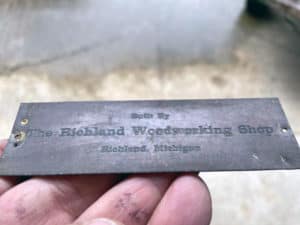 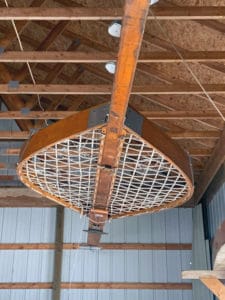 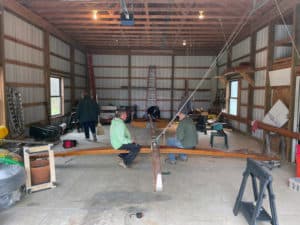 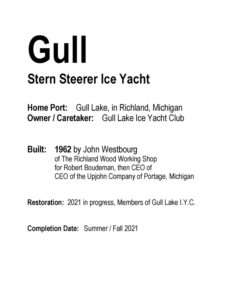 4LIYC members Tim McCormick, left, and Ron Rosten, right, line up in the one and two blocks for the fourth Renegade race.
Results

Sunday’s conditions were a paradox of wind with intermittent fog. The Nites were the first to sail, and Green Lake Ice Yacht Club’s Byron Hill won his first race of the day.

The wind picked up, which made for an exciting and competitive Renegade race won by Tim McCormick. The Nites were able to sail one more, again won by Byron Hill.

The Renegades lined up for race four which was a four-lapper. After two laps, a competitor pulled in and informed the Race Committee that the weather mark had fallen because he had hit it. Chief Judge and Nite Commodore John Hayashi, assisted by Pat Heppert, immediately decided that sailors fishing around for the weather mark in the ever-lower visibility was a lousy situation and black-flagged the race.

Congratulations to Jim Gluek for his second Renegade Championship and Byron Hill for his victory in the Nite Class. Thanks to John Hayashi, the Green Lake Ice Yacht Club, and Pat Heppert for all his help.

The celebratory braunschweiger and onion sandwiches provided by Green Lake Ice Yacht Club’s Debbie Biermann at the trophy presentation were much appreciated. Her husband, Dan’s, birthday is coming up, and he asked her to make them rather than a birthday cake. We all hope it’s a new tradition.

Class A Skeeter sailors Ken White Horse and Paul Krueger haven’t had the conditions to sail this season. Mike Ripp made sure Ken kept his racing skills tuned up and lent him his Renegade to race in the regatta. Paul Krueger joined Ken as a coach, pit crew, and ATV driver.

Thanks, Peter Sarelis, for traveling to the regatta from Michigan and representing the Gull Lake Ice Yacht Club. 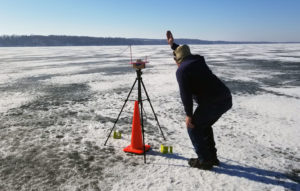 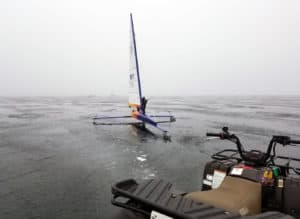 Green Lake 2Daniel Hearn pulls in the Renegade after the 4th race was black-flagged.
+ 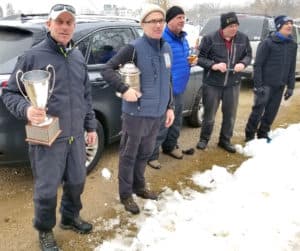 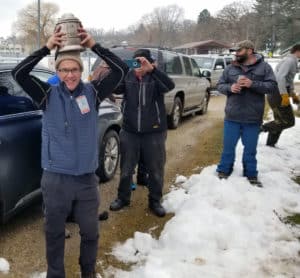 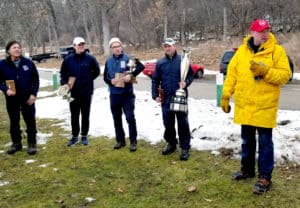 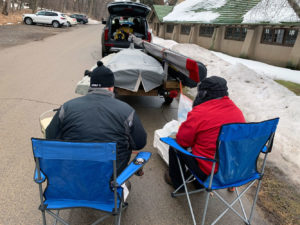