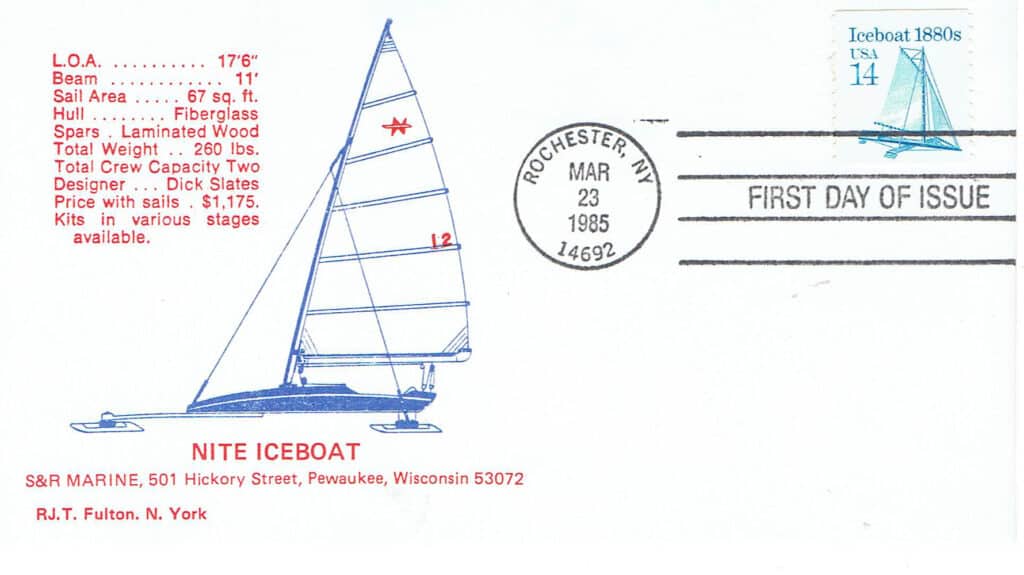 As we wait for the first “first” (ice), here’s some philatelic news. The U.S. Post Office released the 14-cent Iceboat stamp on March 23, 1985, at ROPEX, the annual stamp show in Rochester, New York. The postcard and 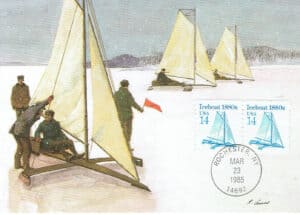 envelope, featuring a Nite, was one of 324,710 first-day covers cancelled and was in a collection of postcards and ephemera mailed to me by Don Fischer of Michigan. The stamp’s artist, William H. Bond, created 58 U.S. postage stamps, including a series of 50 World War II commemorative issues.
Tip of the Helmet: Don Fischer