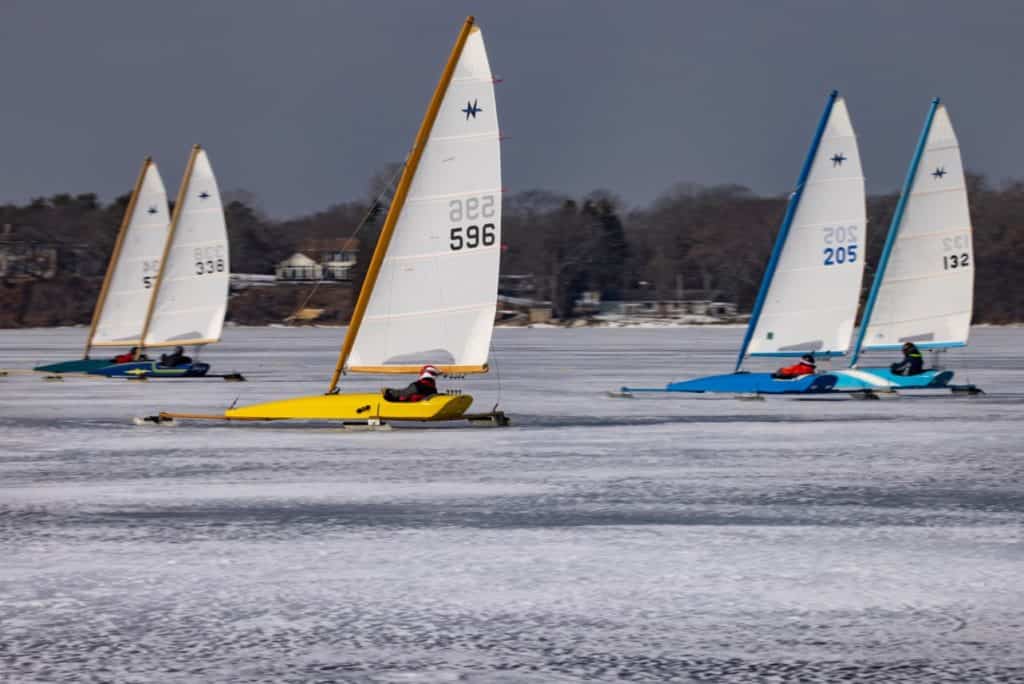 The Nite Class held their 2021 Nationals last weekend, March 6-7, on Green Lake in Wisconsin. Saturday’s lack of wind made for a day spent visiting and weighing boats. The wind arrived on Sunday and they completed ten races total, five in each fleet. Photographer Jim Koepnick captured the action and posted it in his website. 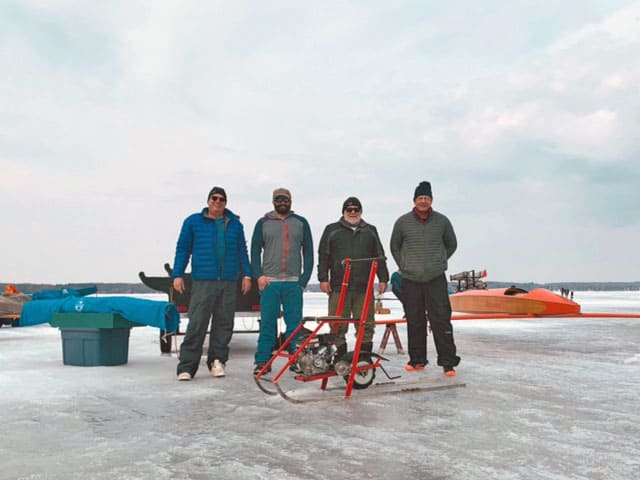 The 4LIYC Renegade fleet visited for some of their own sailing and regatta viewing: Jeff Russell, Damien Luyet, Don Anderson, and Jim LaFortune

For all the marbles, the Gold fleet took to the 14″ thick ice on Green Lake, WI for the 2021 Nite National Championship. Conditions caused 0 races on day 1 due to no wind and warm temps. Day 2 forced an early start to get 5 races in with winds 8-13mph. The ice started off hard and slowly softened by 1pm. Chad Rechcygl and Mike Jankowski each sailed away with 2 race wins along with 11x champion Tom Sweitzer flying in from the right side of the course at the finish line to win race 5 and to solidify him as the G.O.A.T. (greatest of all time). Chad grabs his 2nd championship in a row. Mike Jankowski takes 2nd and Top Master. 4 days later with 60 degree temps and high winds, the ice is now gone and the lake is ready for summer sailing. Wow that was close!
Dick Grota once again takes home the Charlie Miller Trophy for 1st place Silver fleet at the 2021 Nite National Championship on Green Lake, WI followed closely behind by Don Sanford. John Mason closed off the day with his 1st race taking 3rd overall.