The ice sailing community extends condolences to friends and family of Minnesota ice sailor Chauncy Griggs who passed on January 7, 2021. Chauncy was an innovator well known for developing a wing-mast. He won a Challenge Pennant race in the 1990s on Lake Mendota with his sold wing mast. Those who were present still remember it as the fastest anyone had ever seen an iceboat move. His Class A Skeeter SHAZAM is pictured below.

Griggs III, Chauncey Wright Age 84 of Mahtomedi died at home on January 7, 2021. He was recently preceded in death by his life-long love, soulmate, and wife of 59 years, Ethel W. Griggs. Chauncey is survived by his sons Chauncey (Eileen), and Bill (Heather), his grandchildren Lydia, Oliver, Liesel, Bennett, and Julia, sisters Ginny Magnuson, and Gian Hartner, and Ethel’s sisters Ariel Dickerman, Barbara (Mike) Bliss, Sally (Mark) Foster and Cynthia Mills (David). He leaves behind many nieces, nephews, great nieces and nephews, and dear friends. Chauncey graduated from Saint Paul Academy and the University of Minnesota in mechanical engineering. He owned and operated Griggs Contracting for over 40 years, but his life revolved around his hobbies. He loved to work in the garage customizing cars, boats, and airplanes. He was an early adopter of the fixed wing sails in ice boating and land-sailing, constructing his own boat and wings. Chauncey was also a private pilot (venturing into acrobatic flying in his 7o’s), catamaran racer, windsurfer, water skier, and inventor. In lieu of flowers, please consider making a donation to one of Chauncey and Ethel’s favorite causes in his memory: Planned Parenthood, the Girl Scouts, or Habitat for Humanity. A virtual service will be held on January 23, 2021 at 11:00. For viewing information, visit unityunitarian.org
Published on January 10, 2021 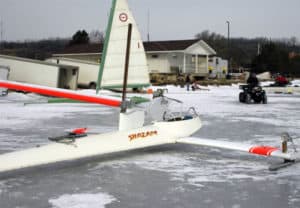 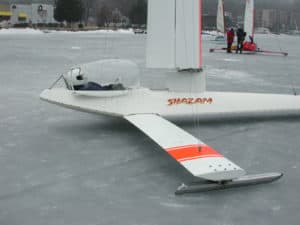