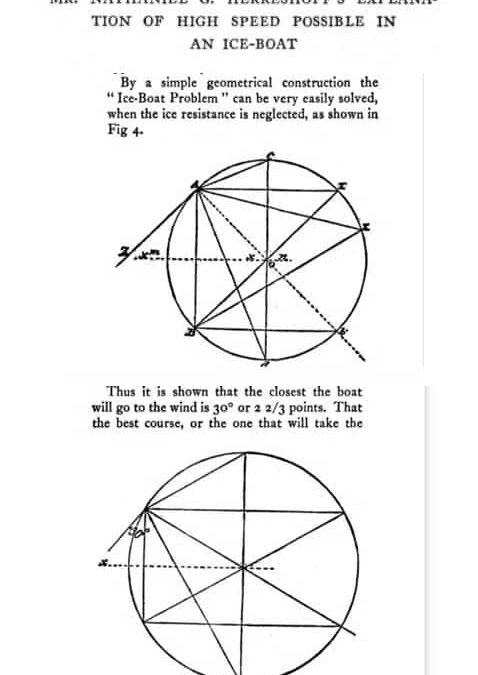 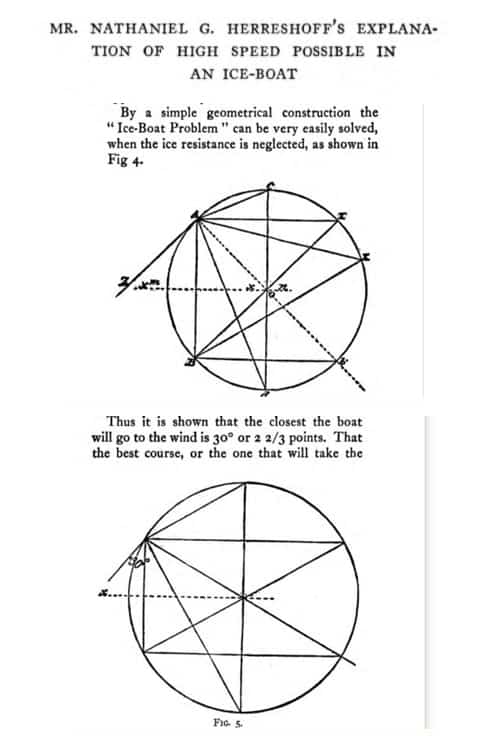 Previous: Book Club
Stern-Steerers ruled the ice 25 years before Frederic Gardiner wrote Wings On The Ice. In 1913 Herbert L. Stone published a popular iceboating book simply called Ice Boating. Stone, who edited Yachting Magazine, wrote the forward to Wings On the Ice. Stone crammed his book with technical details and drawings. His friends in the yachting world contributed to the book, such as the famous yacht designer Nathanael Herreshoff who tried to explain the math behind iceboat speeds.

I can find no evidence that Stone ever owned an iceboat, but he had a tremendous influence on the sport by helping to popularize it through articles in Yachting Magazine. Stone played a big part in reviving the Ice Yacht Challenge Pennant (IYCP) when he encouraged the IYCP trustees of the New Hamburgh Ice Yacht Club to pass on the trusteeship to the Eastern Ice Yachting Association. Stone was inducted into the National Sailing Hall of Fame in 2019.