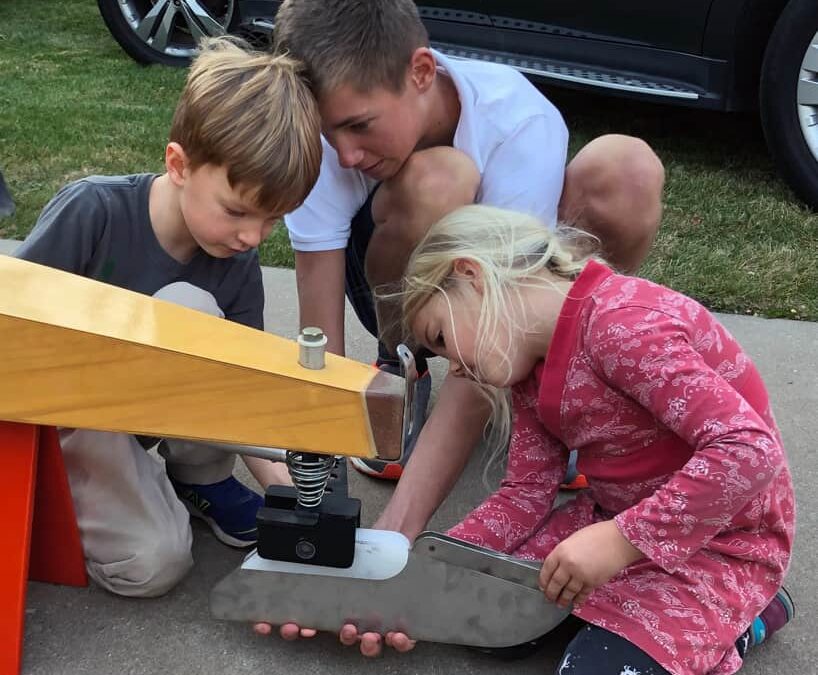 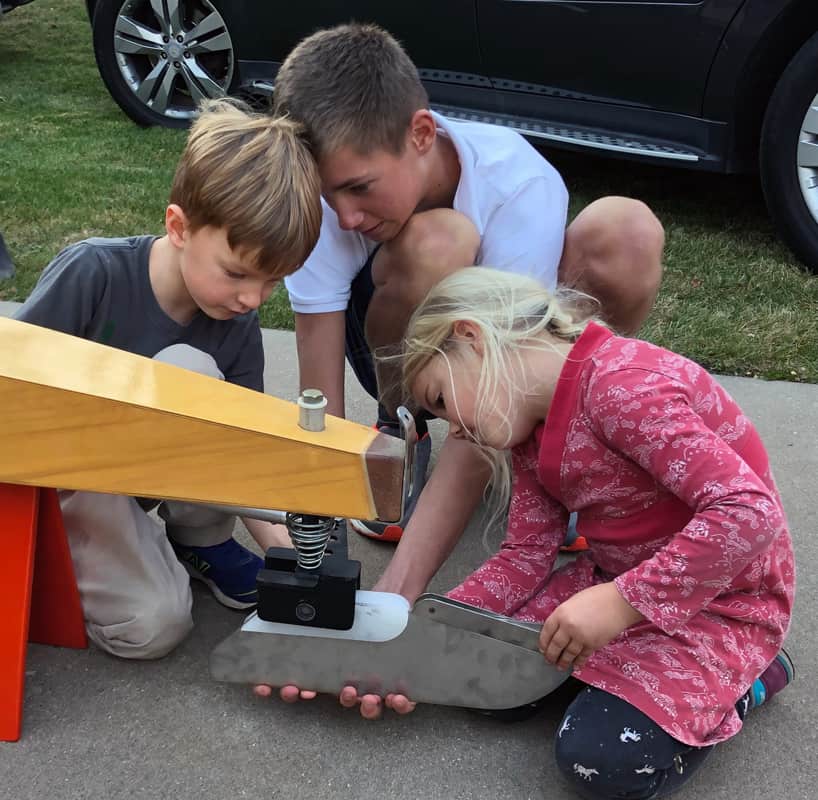 In the Season of Giving, the Sugar families were greeted with not one, but two exceptional surprises.
DNer Mark Isabell  was selling his DN trailer to Tim and Hugh and “threw in” two, hand-crafted, Ice Optimist hull’s built by Mark.  The only ask was to outfit the hulls and get them on the ice.  You’ll see one of these beautiful hulls in the picture of the Sugar kids practicing their Opti skills in the front yard!  Thanks so much Mark!
The second surprise came two weeks later, when Renegade sailor Greg Simon, emailed Tim offering two complete ice Optimist programs to the Sugar clan!  These hulls were built by Jerry Simon for his grandkids Meta & Fritz.  Greg Simon completed the programs by hand sewing Optti sails!  Meta & Fritz have outgrown the Optis and the Sugar kids are the proud new stewards of these beautiful boats!
At delivery, the Simon’s rolled out the red carpet.  Cheese, sausage, beers, and personalized rigging instructions from the Simon kids were the order of the day.  It was an amazing evening of fun!  Thank you Simon family, we’re beyond grateful for your generosity.
If there are any families that are interested in trying the Optis, please give Hugh or Tim a call.  We are happy to continue the Season of Giving with any interested kiddos. 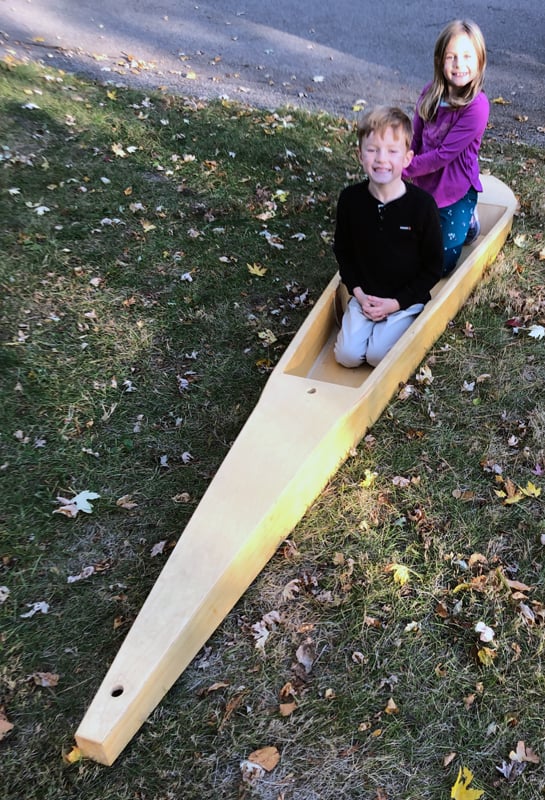 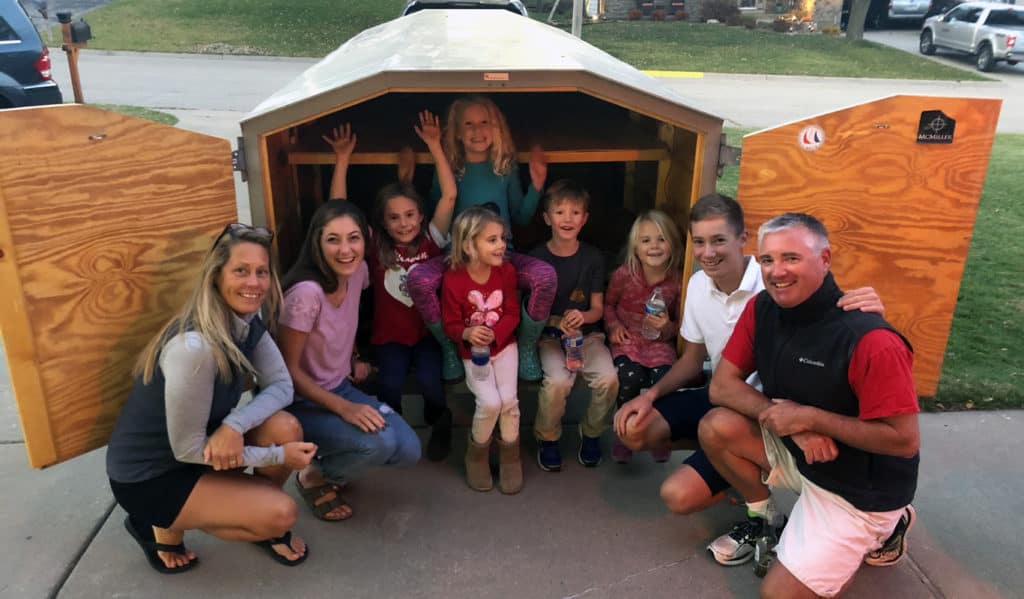 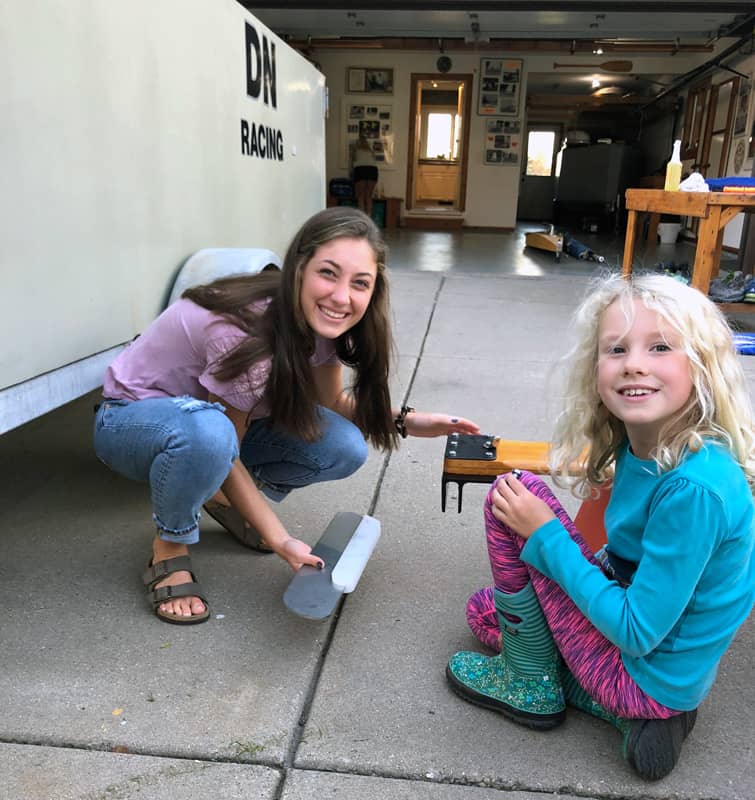 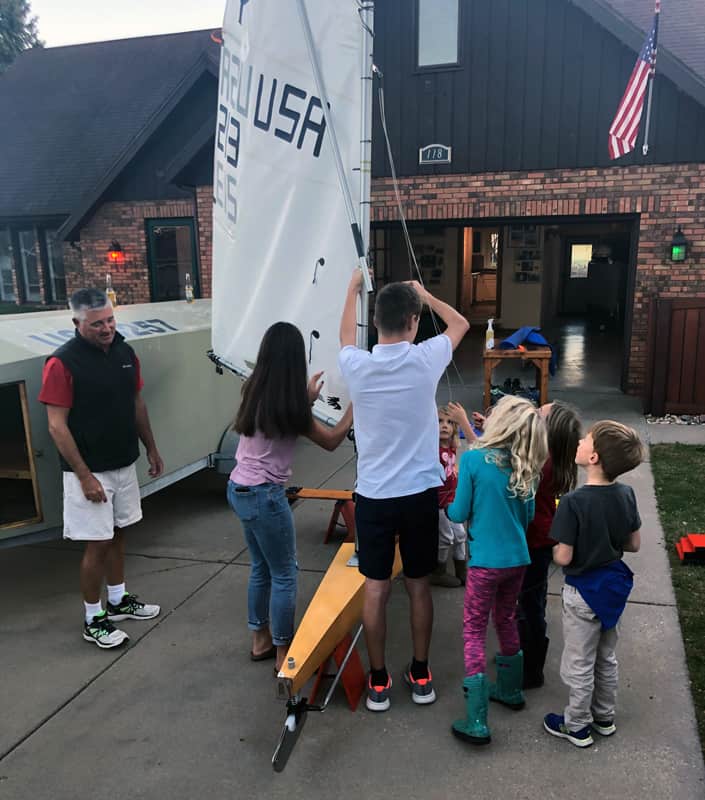 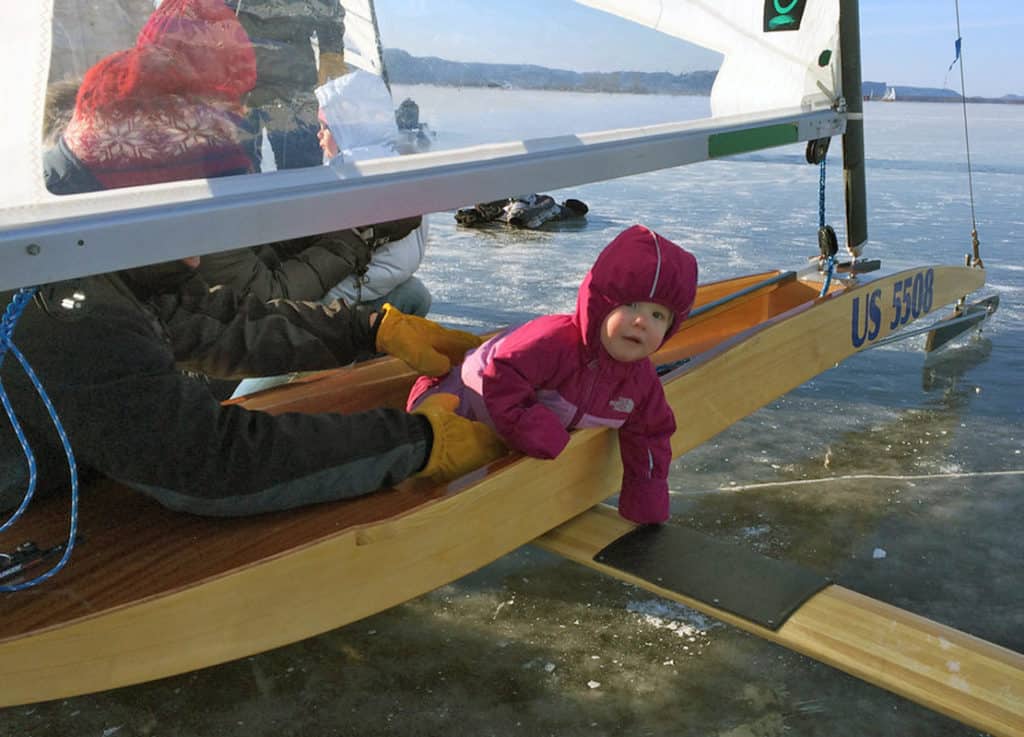 The Sugar kids have been waiting for this since first being on the ice in 2013 with dad Tim at the Western Challenge. 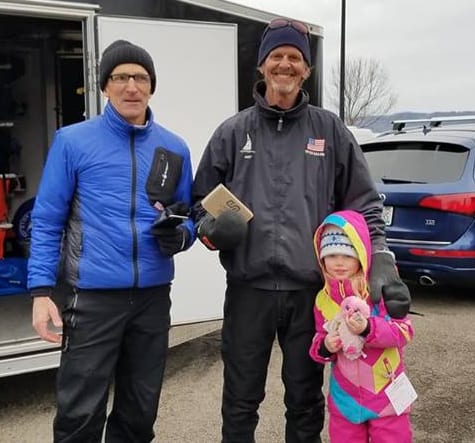 DN Western Region Commodore and regatta organizer Daniel Hearn with Eloise and her dad, John Dennis who was second in Gold. JD statistically tied in points with Ron Sherry for first place but Ron won the tiebreak.

Time to review the DN Western Region Championship from a 4LIYC perspective. Congratulations to mega multi-tasker Daniel Hearn who not only organized the regatta and volunteers, he also managed to place 5th in the Gold Cup. Fellow 4LIYC sailors in the Gold were Steve Orlebeke, 3rd, Tim Sugar who placed 7th and Dave Elsmo who placed 11th,
Silver Fleet: Brian Hearn mirrored his brother’s finish by coming in 5th in the Silver, Robert Cummins was 9th, and University of Wisconsin student Soren Hughes earned top Junior sailor and placed 12th in his first regatta.
Special shout out to longtime SIBC sailor, Lou Loennecke, who had two second place finishes in Silver. It was really cool to see sailors who have been participating in these events for so many years like Bob Cummins and Lou Loennecke  line up next to each other in the two and four block in Silver race 4.
Final results can be seen here.