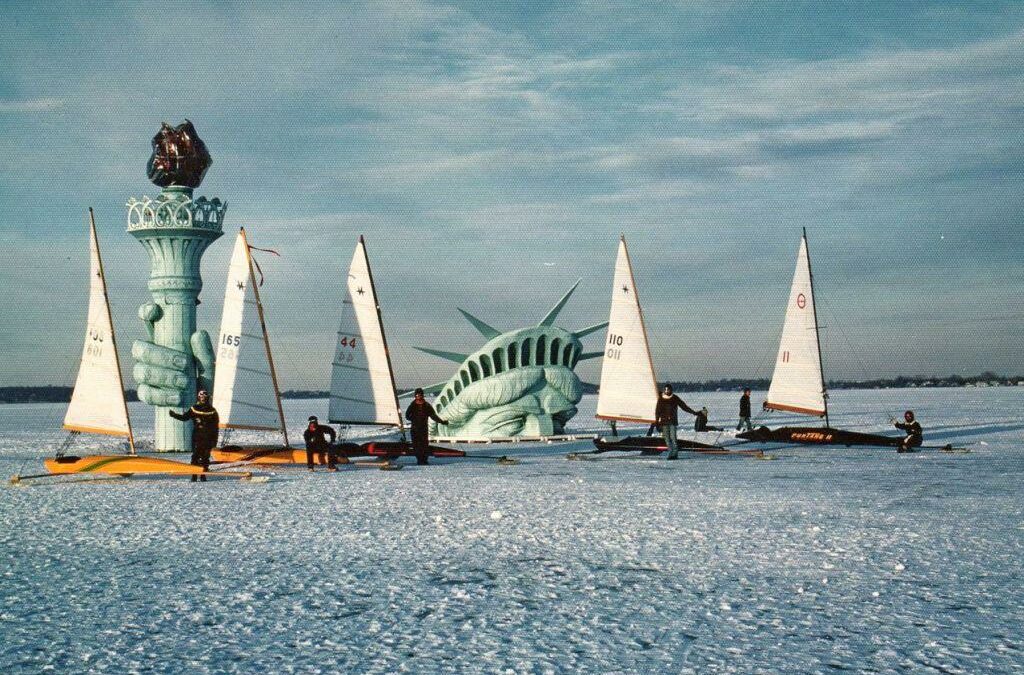 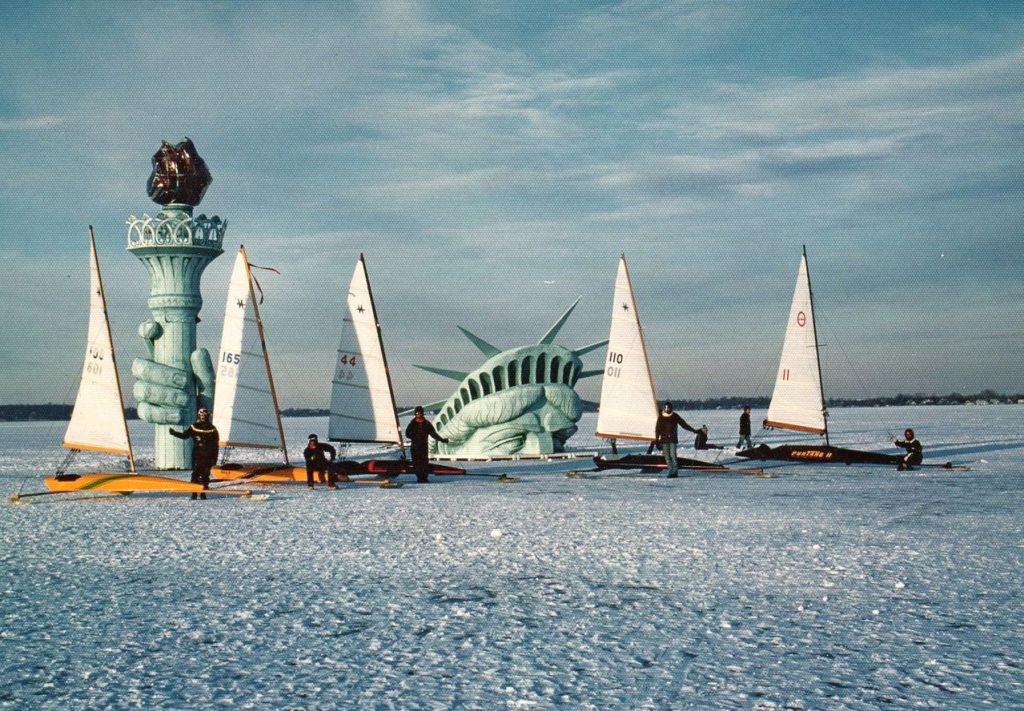 Throw Back Thursday: 100 Years ago on Mendota 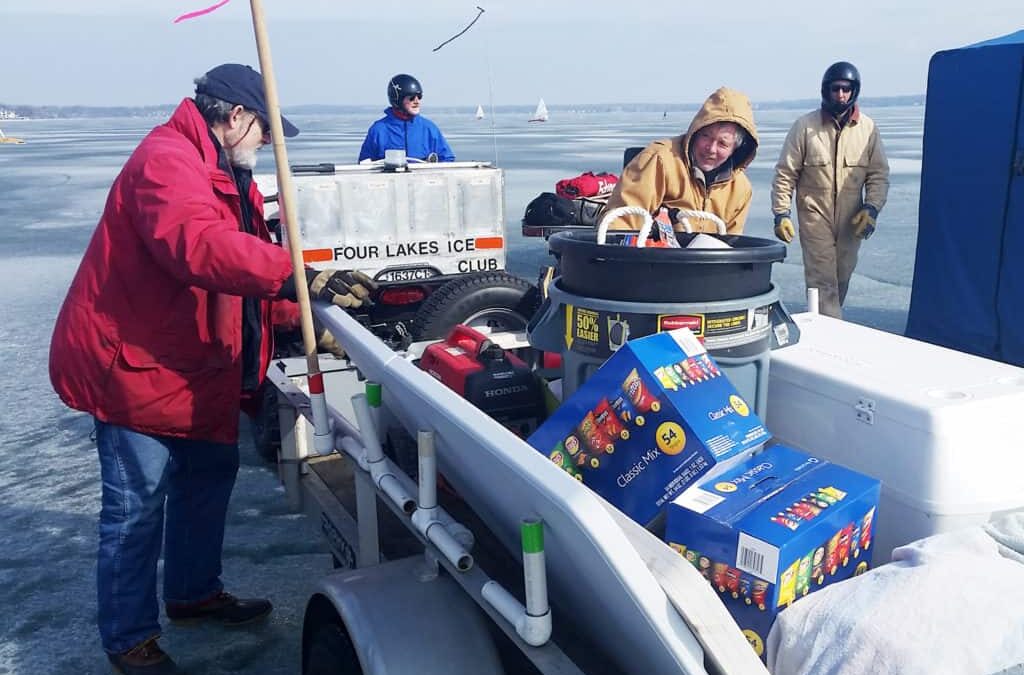 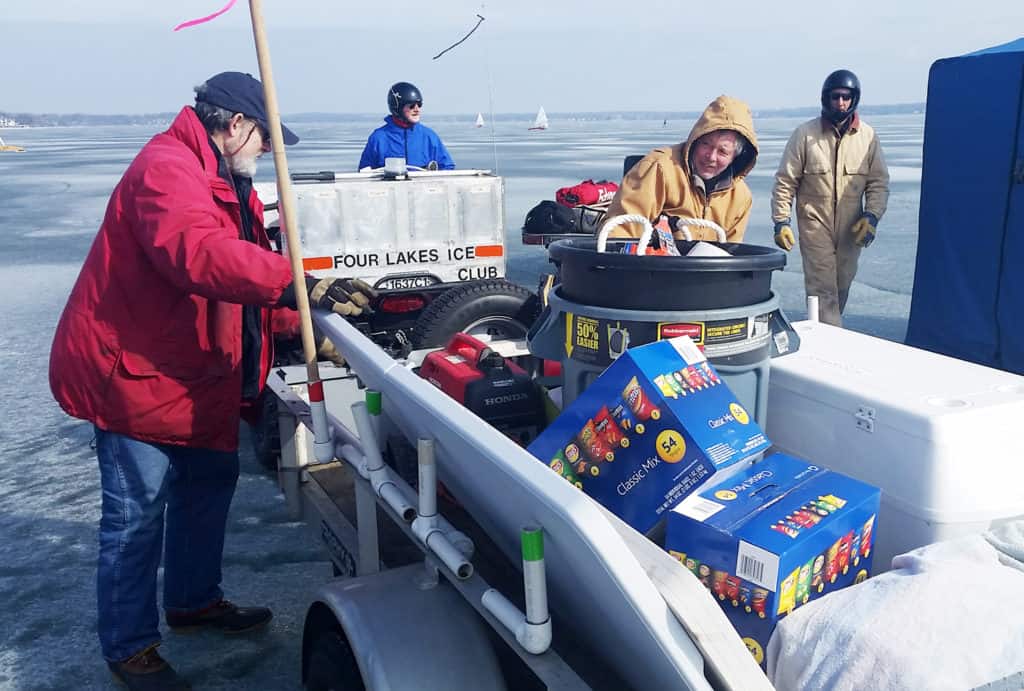 4LIYC members Don Sanford & Ken Kreider to the rescue with an on-the-ice lunch buffet at the 2017 DN North Americans on Lake Monona.

Iceboating: Come For the Speed, Stay for the Friendships

MORE EVENT INFORMATION
Here’s a reminder about a program about Lake Baikal ice sailing  and social event and that the Four Lakes Ice Yacht Club and Hoofer’s is sponsoring on Sunday, October 14 from noon to 3 PM at the Memorial Union in Madison. It’s your chance to learn about ice sailing, adventure travel, Siberia, the 4LIYC, and meet ice sailors from around the world and Midwest.

4LIYC Commodore Don Anderson called me this morning to talk about something that doesn’t get mentioned enough, how the friendships and camaraderie in iceboating are possible because it is such a unique sport. Bill Mattison’s classic line describing the sport,”nothing’s fickler”, can be a feature, not a bug, of iceboating.  There’s an upside to the fickleness.

Don talked about the differences between a soft water and hard water regatta. If conditions aren’t right, ice boaters are freer to get off the lake and explore their regatta destination making it more enjoyable for everyone. “Anytime I set up my iceboat at a regatta, getting to sail is a bonus. What makes it fun for me is renewing friendships with others who have this sport in common. The first iceboat ride you take of the season is worth the price of admission (i.e. owning an iceboat) because it is such a thrilling ride. Even if you don’t get another ride, it’s still a good investment.” Sharing morning donuts on the ice before a day of sailing, grilled brats at lunch, and a few beers at the end of the day with Tom Hyslop’s giant bag of peanuts- in-the shell makes iceboating festive sport. 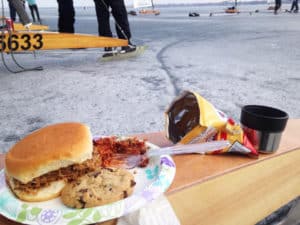 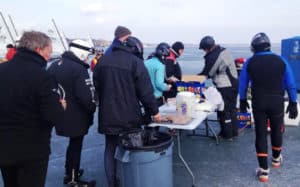 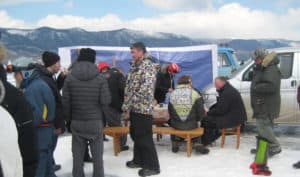 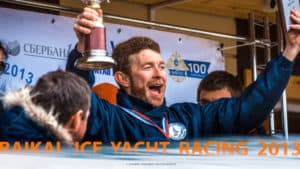 UPDATE: DN Champion Ron Sherry To Attend 4LIYC Baikal Sailing Program Oct 14
Multiple DN World, North American, and Baikal champion Ron Sherry is making the drive from Detroit, Michigan to attend this event and catch up with iceboating friends. Ron has been to Lake Baikal twice and has won 3 titles there and will be on hand to share his experiences. 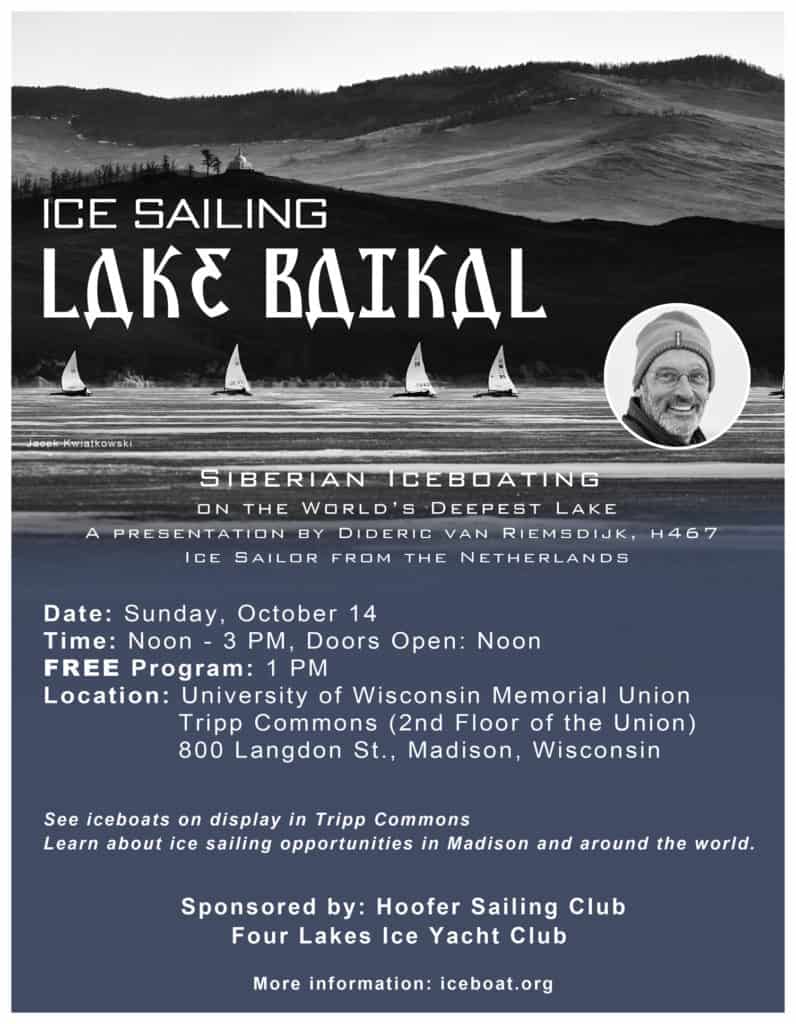 For well over 50 years, this iceboat club has kicked off the season with some sort of fall gathering to get iceboating back on everyone’s minds. For many years, we’ve hosted picnics. Two years ago, we held a very successful iceboat show at Dick Lichtfeld’s property.
This year, we are excited to announce an event in conjunction with Hoofer’s Sailing Club at the famous University of Wisconsin Memorial Union. (Sailing iceboats on Lake Mendota to the Union for lunch is part of what makes Madison a unique ice sailing center.)
DN ice sailor Dideric van Riemsdijk H467 from the Netherlands (where it all began) will present a program on the annual ice sailing regatta that takes place every spring at one of the planet’s most remote places, Lake Baikal in Siberia. We will have iceboats set up in historic Tripp Commons on the 2nd floor of the Union.
Please join us on Sunday, October 14, 2018 for this free event where you can meet up with old friends or learn about the Four Lakes Ice Yacht Club and how to get started in the sport. All are welcome  including area iceboat and sailing clubs. The planets have aligned (at least here in Wisconsin) because there’s no Packer game that Sunday.