When was the last time you clocked in at 100 mph in your sailboat when the breeze was a steady 15 knots? Not recently? Let’s chat with Harken Director of Engineering Steve Orlebeke. He brought his freaky fast Class A Skeeter and brand new DN into the factory to give you an inside look.

Here’s the link to the full video of Steve racing his Skeeter. 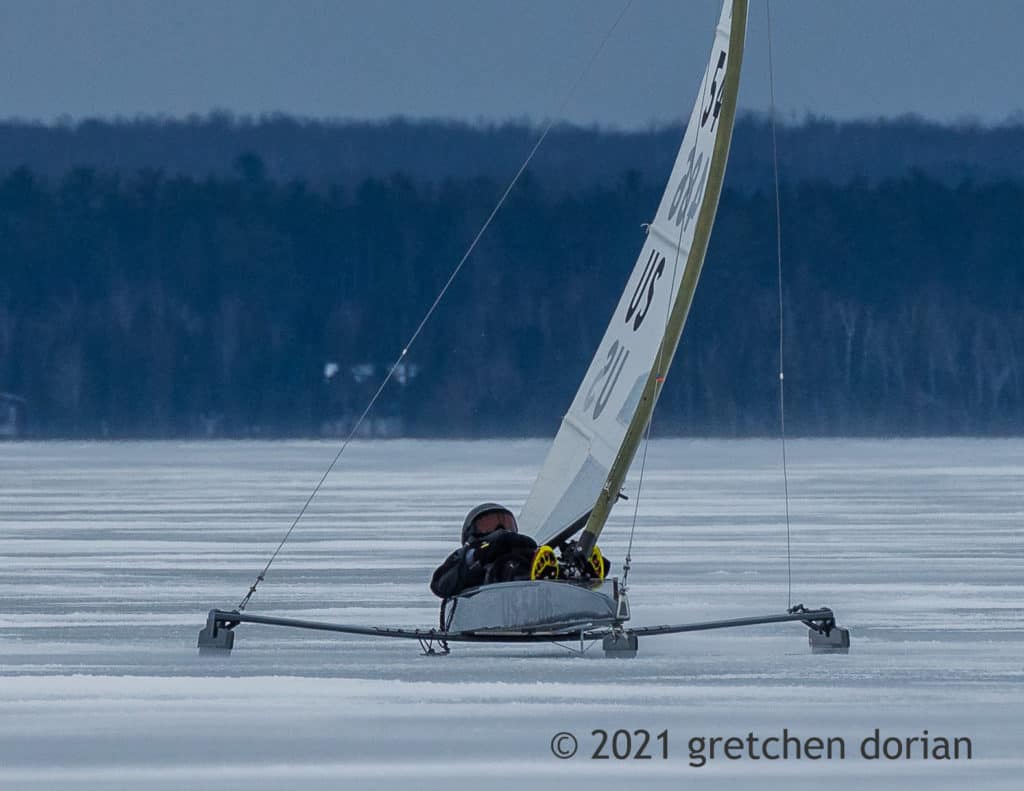 Dave Elsmo at the 2021 US Nationals Photo: Gretchen Dorian

Good morning from Cheboygan, Michigan, site of the DN U.S. Nationals. We are on 10,000 acres of hard ice on Black Lake,, a 20-minute drive from Cheboygan. The first day of the regatta had plenty of breeze and plenty of cold. We were able to bang off 10 races, 5 in each fleet. Looks like we’d best be prepared for another cold day but a lighter breeze. There are some drifts to be avoided but it’s totally raceable. This would make a great site for any type of future regatta as long as the lake effect snows stayed away. 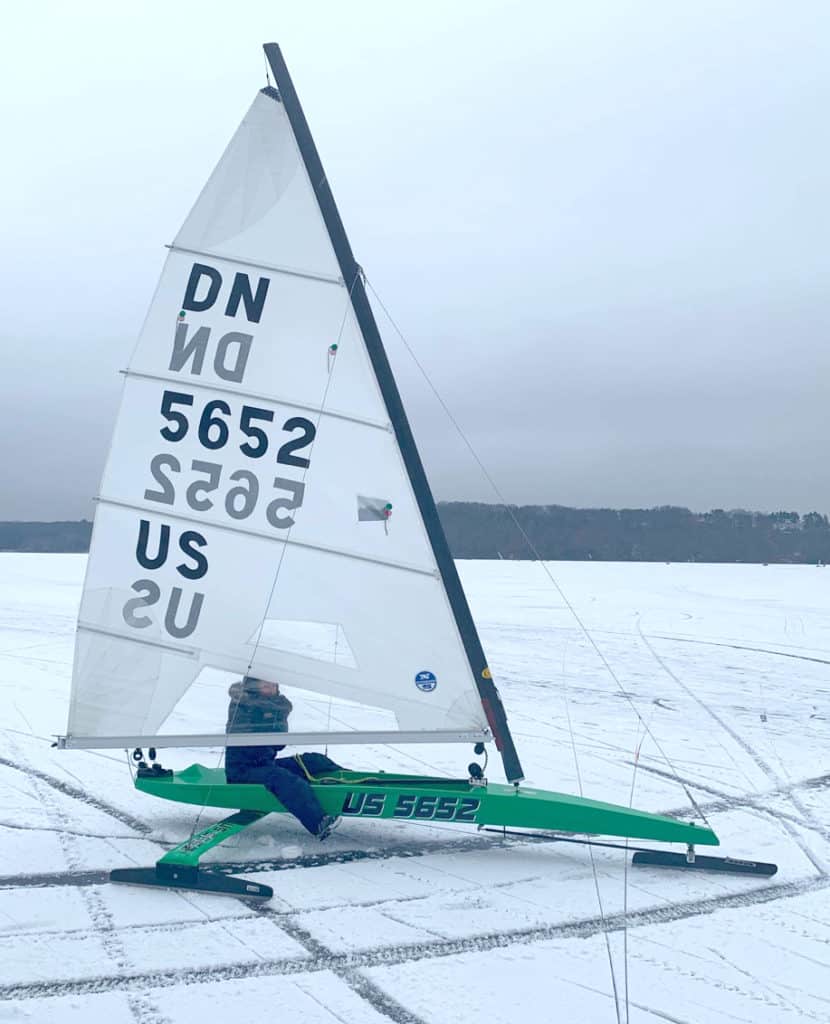 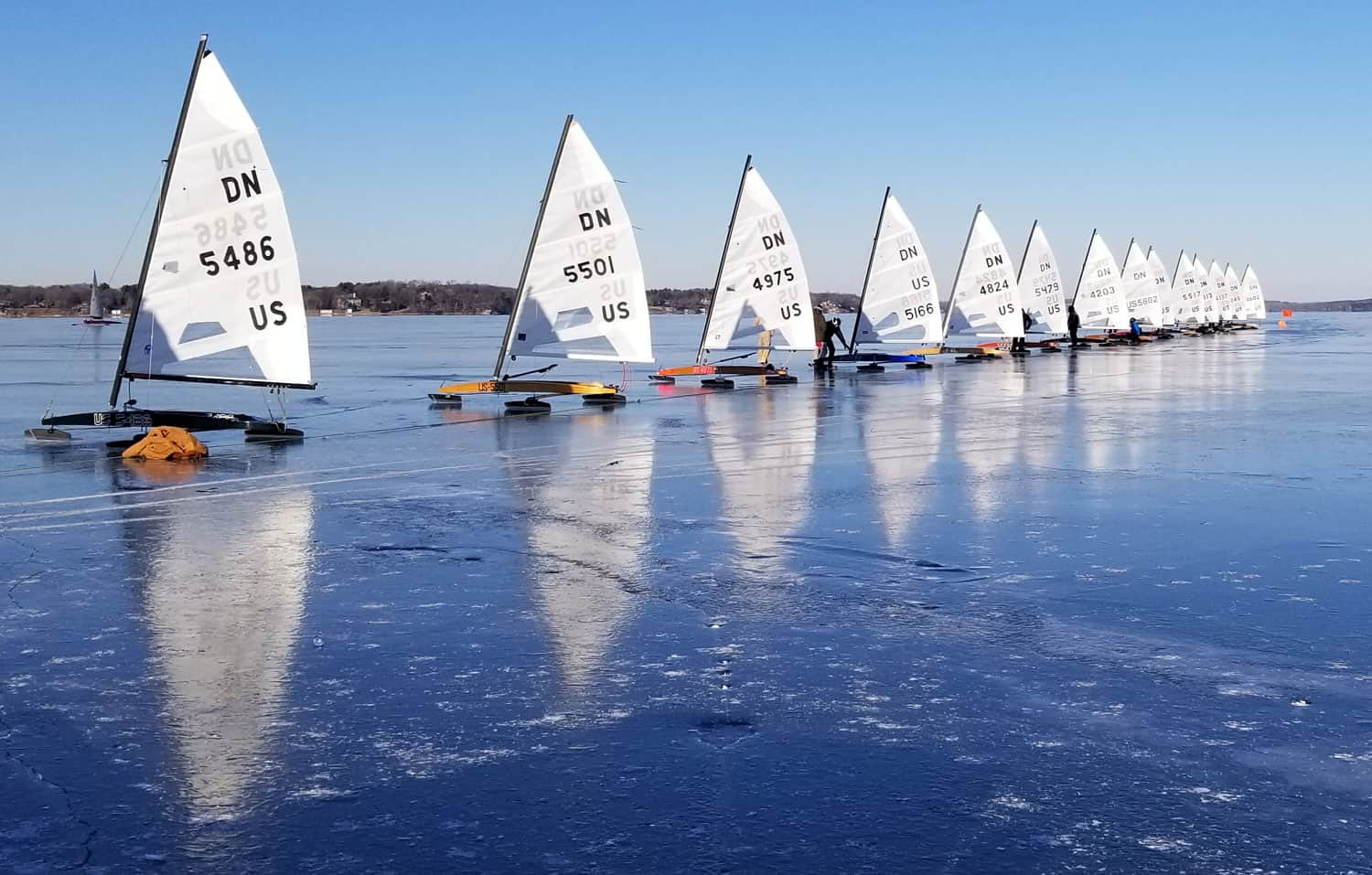 Cancellation of the Gold Cup and North American Championships

The IDNIYRA Governing Committee earlier announced plans to decide by November 25th whether the 2021 Gold Cup would be held. Since publishing the Q&As it has become apparent that holding the regatta in 2021 is not feasible. The Canada-US land border closure has been extended to 21 December and Europeans cannot travel to either the US or Canada for non-essential reasons. Therefore the 2021 Gold Cup is cancelled.

One of the ways to glue chocks to the runner plank using simple jig and MMA adhesive. Building ice sailing gears can be easier when we learn one from the other. 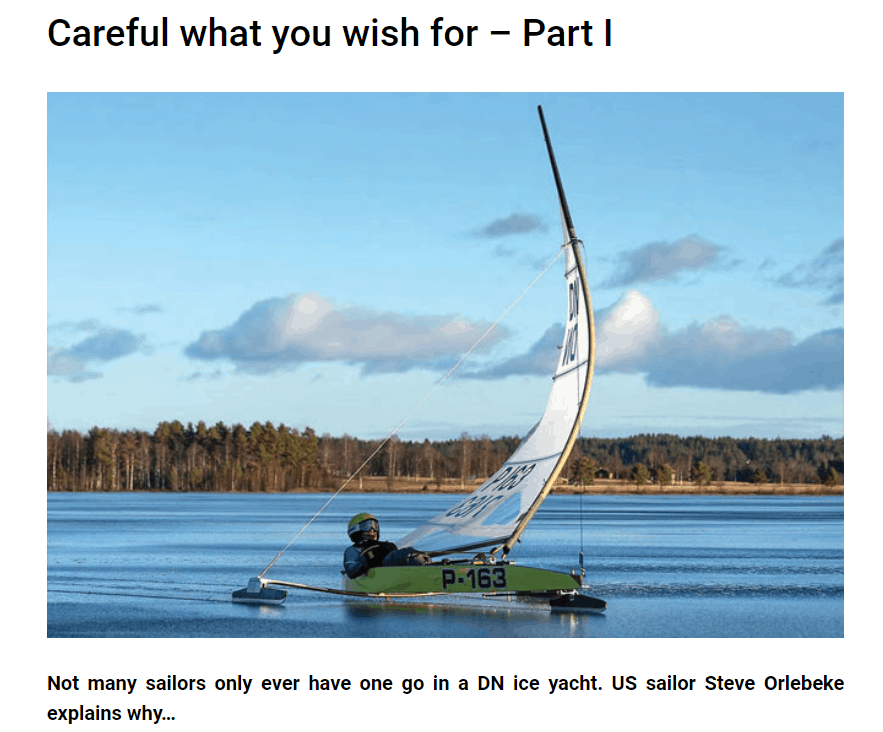 Pewaukee’s Steve Orlebeke is an accomplished iceboater who always has to save room in the truck to bring home the trophies when he competes at  DN and Class A Skeeter regattas. Check out his article about DN racing in Seahorse Magazine.

When ice sailors, whether they own a Nite, DN, Skeeter, Renegade, Stern Steer, etc. get together, a compulsory topic of conversation is runners – how to sharpen and align them. Polish DNer Tomek Zakrzewski’s video breaks down DN shimming.

Aniela Graczyk is a champion Ice Optimist sailor from Poland  who competes in the annual Junior World Ice Sailing regatta held in Europe. Watch and listen as she explains in an entertaining 2 minutes why she is passionate about ice sailing.  Consider introducing your kids to ice sailing this winter.  The Ice Optimist is the perfect boat for junior sailors. Learn more about youth ice sailing here. Questions about Ice Optimists or ice sailing for kids? Please email to us! 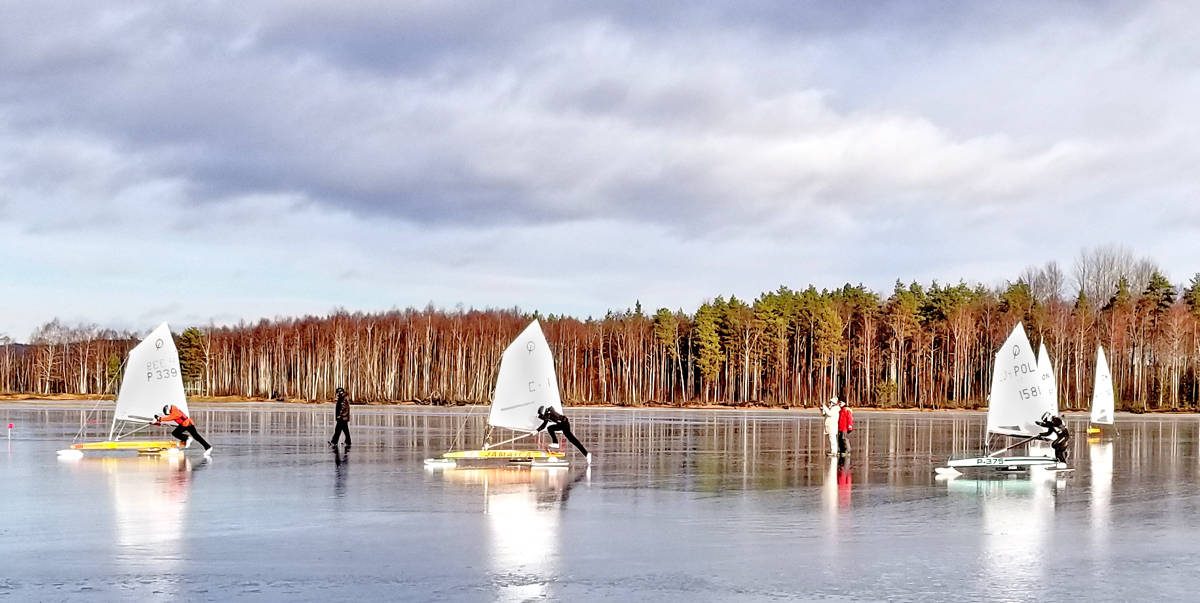 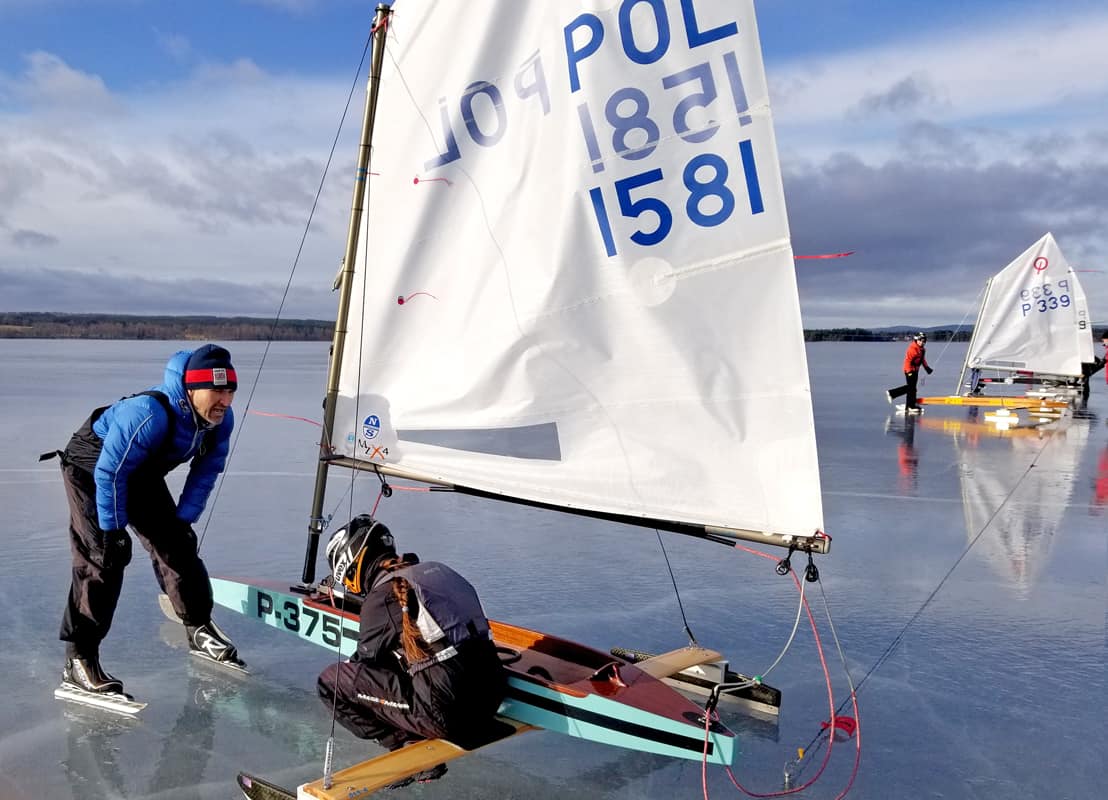 Aniela Graczyk listens as her father, Robert, coaches her on the upcoming race at the 2020 Junior World Championship.