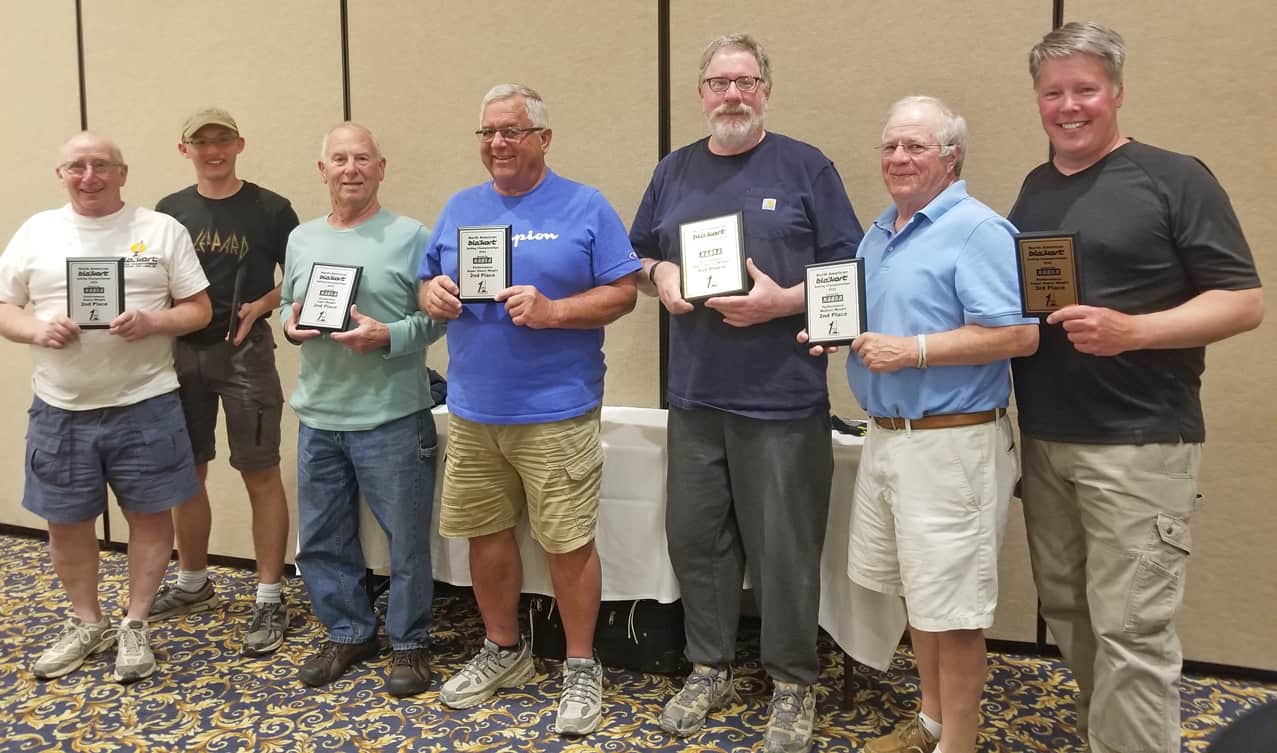 Congratulations to several of our 4LIYC members for their podium finishes at the 2022 Blokart North American Championship sailed at Ivanpah, Nevada.

Even after several years working Race Committee for the North American Blokart Association at the cathedral of land sailing in Ivanpah, Nevada, I find more similarities than differences between ice sailing and land sailing.

I assumed that, unlike ice sailors, dirt sailors had an unlimited supply of venues for sailing. It turns out that land sailors have to monitor surface conditions almost as closely as ice checkers. Dirt just aint dirt, and not all playas are sailable. Just like we search for black ice, they hunt for smooth playas.

Ice sailors dread shell ice while dirt sailors pay attention to rain showers, leaving a bumpy, rutted surface. If a playa dries too quickly, the surface can “cup,” resulting in a rough track. The week before the Blokart NAs, a substantial rain had fallen at Ivanpah, changing the dry lake into an actual wet lake. The surface dried out at the optimal rate, and the rain Zambonied the lumps and bumps, leaving an excellent racing track.

During sturgeon spearing season, fishing clubs plot Lake Winnebago with wooden stakes for vehicle control, but these go away. On some playas, wooden claim stakes are popping up placed by speculators hoping to strike it big in lithium mining.

Ivanpah is unique because the Bureau of Land Management has specifically designated it as an area for “wind sailing.” If you ever get the chance to attend a land sailing regatta at Ivanpah, you won’t regret the experience. 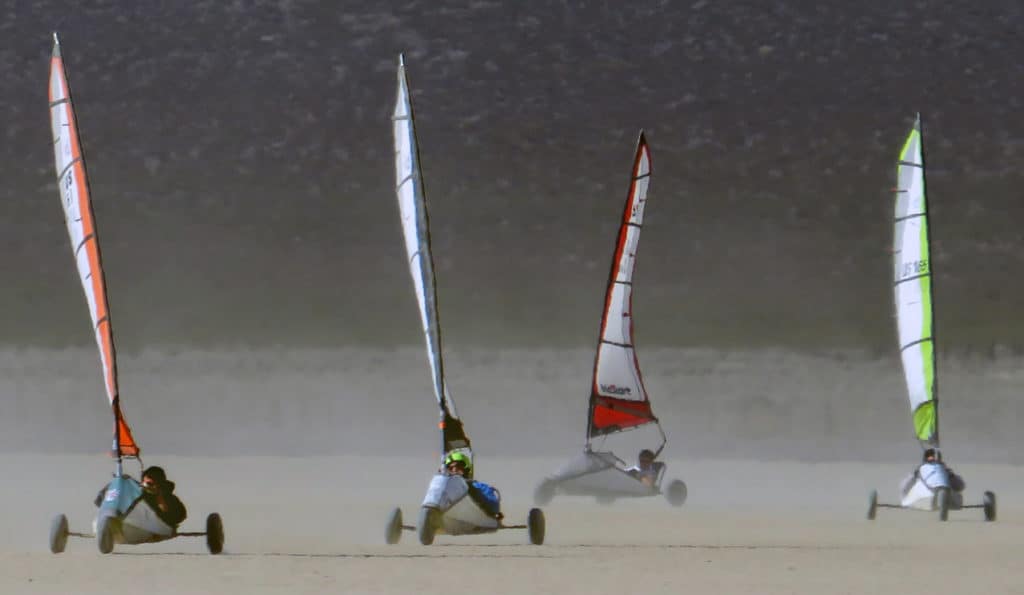 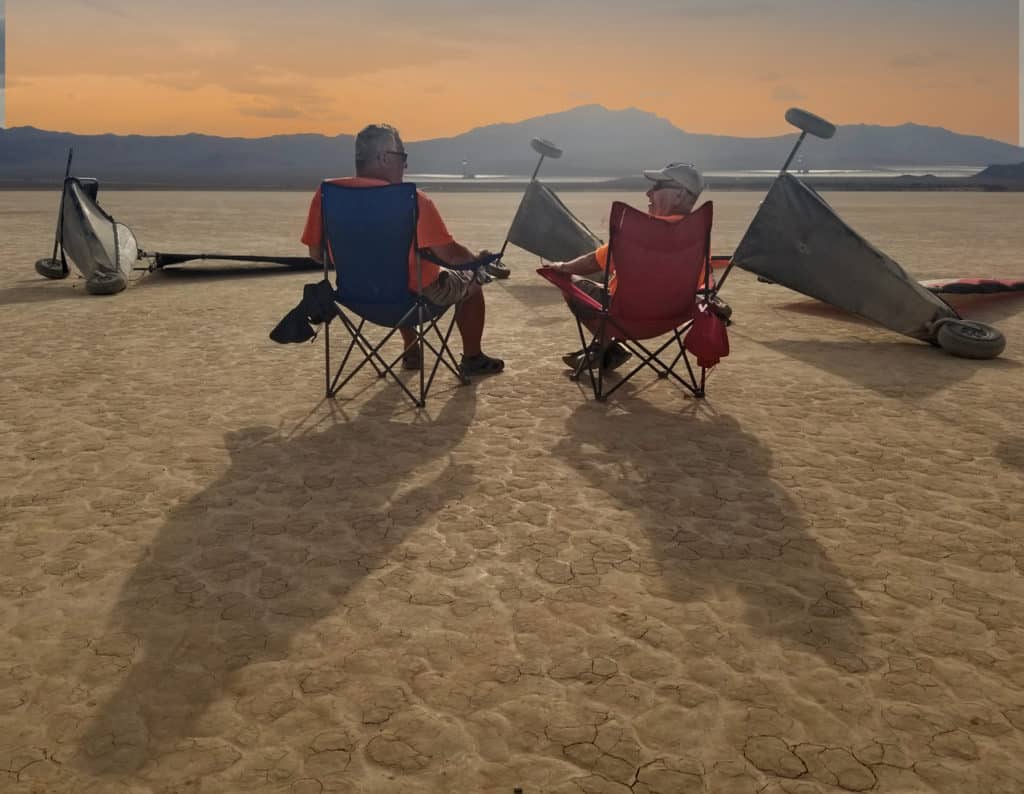 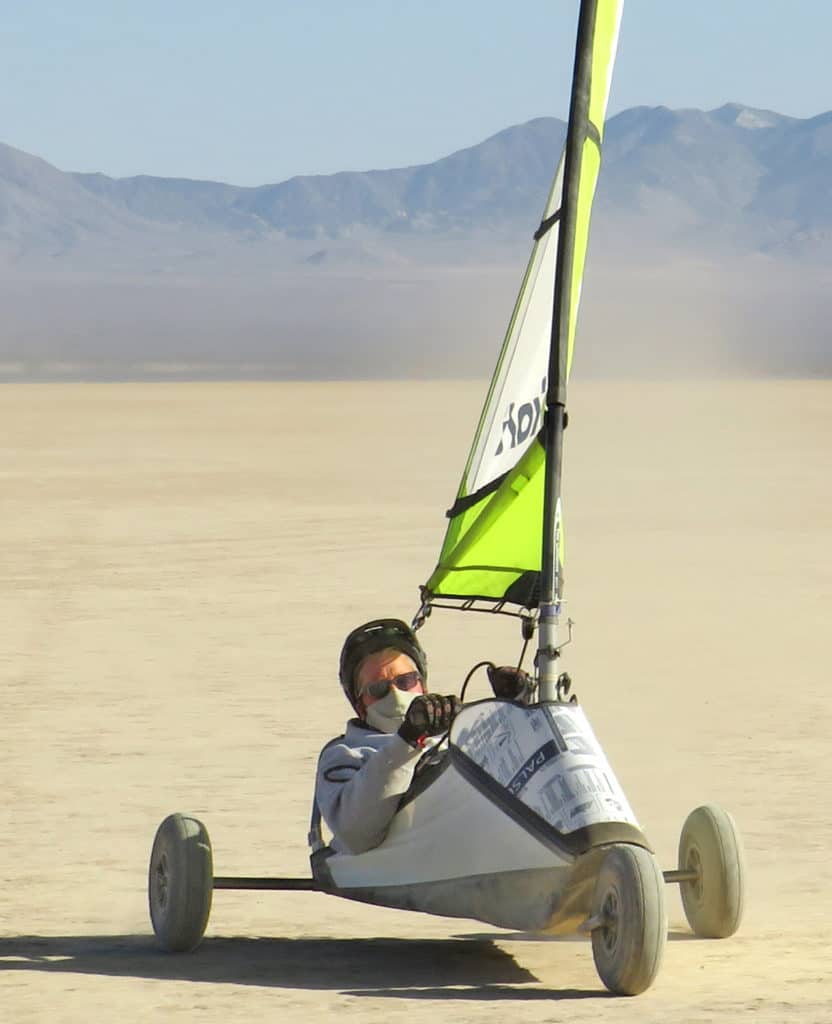 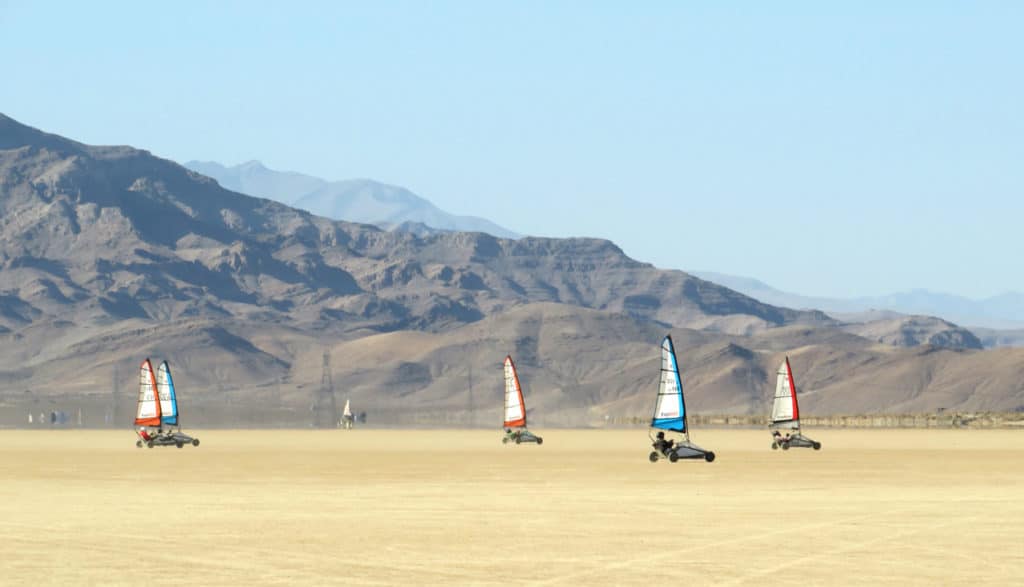 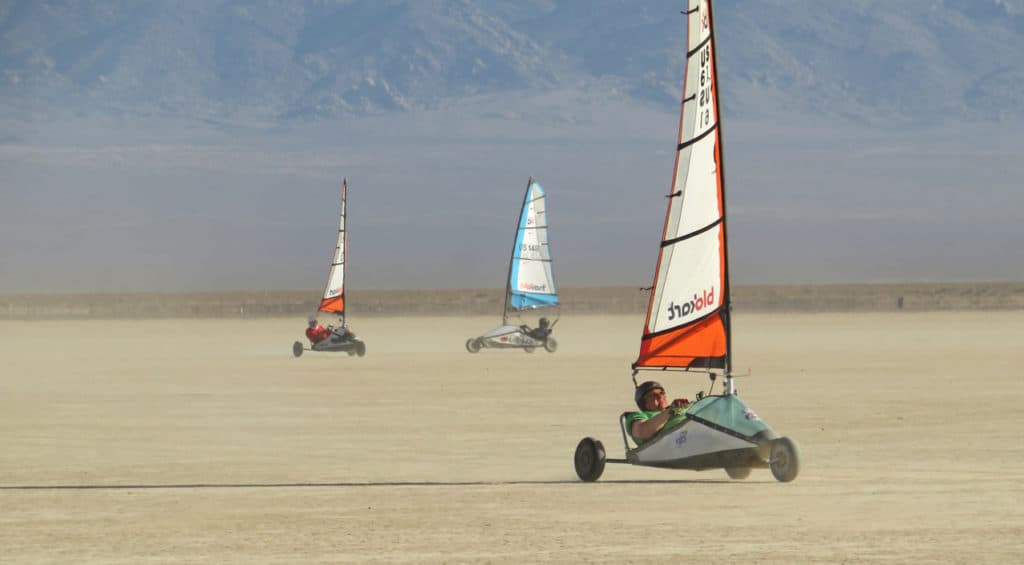