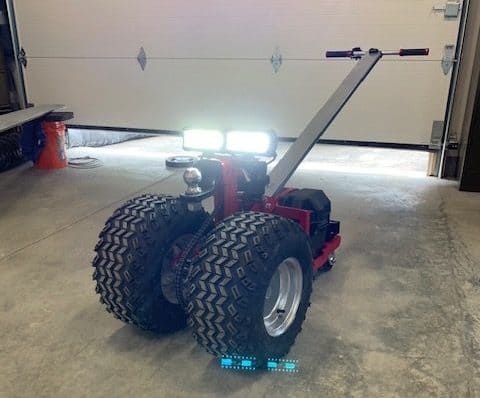 Hi all. Been a while. Life moves on during our global pandemic. On May 5, I officially became a real old dude. A grandpa. Haven’t started building Dash (Dashel) Daniel Percevecz’s first iceboat yet, but it’s on my list. Much joy, but also heartbreak, as I lost my mom the same day. 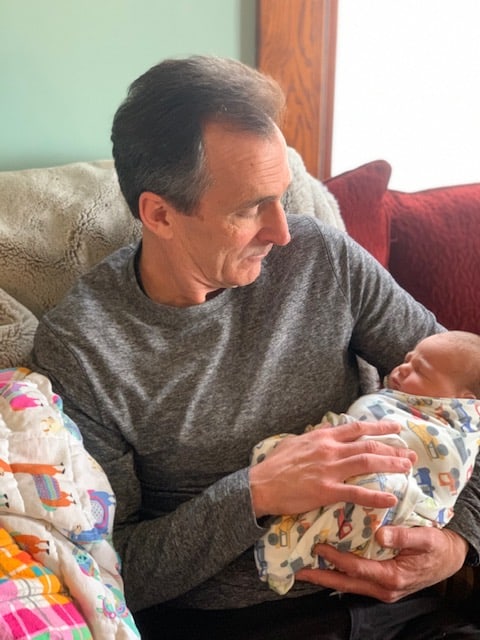 Since my last update, I’ve pimped out my trailer. It’s set up to haul a C-Skeeter, a Renegade and three DNs; with sails, planks and runners for all. Along with a powered kick sled or two. I’ll give you a tour in a future update. Good ride for a Northwest!

Also meet “Tug,” the newest addition to the Spaight Street Syndicate garage. She’s a real tomboy—an electric powered trailer mover built from readily available parts, complete with lights and cup holders. Many thanks to Ken Whitehorse for the welding. I may have understated the task when I mentioned I had a few pieces of metal to weld up. But Ken was a great sport, and we had fun working on the project. I often need to move trailers around by myself, and Tug makes it really easy not only to move, but to position in tight spaces.

The other active project is repainting my Renegade components. Haven’t paid enough attention to the old girl in a while, so she’s getting a new dress. Plank and springboard done, mast going into spray booth tomorrow. Thanks to Jeff Russell for the booth. Left over from his airplane painting years ago, so all I had to do was reassemble and buy new plastic. Came complete with intake filters and an exit fan. Fumes disperse quickly.

So much for now. Grateful to the veterans out there for all they have sacrificed for our freedom. And to those who have paid the ultimate sacrifice, Rest In Peace. You will always be remembered.