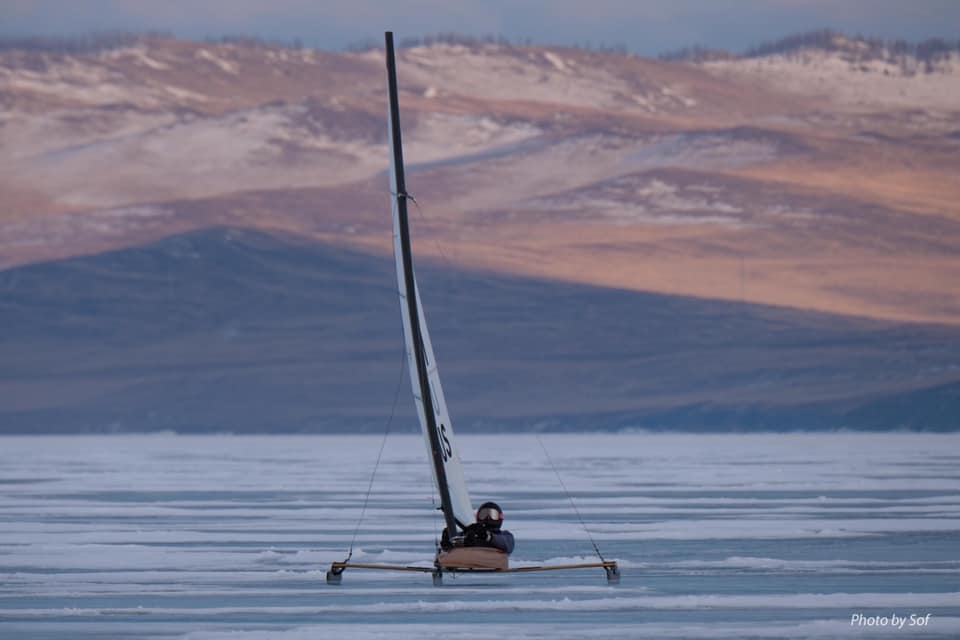 After being served lunch in the pits, the fleet was instructed to assemble a few miles down the lake on the other side of a huge rock island. Once there, a silver qualifier was attempted but black flagged due to an expired time limit on the 3rd Lap. Next it was the OptI fleet’s turn to be blacked flagged when nobody made it to the weather mark.

No Gold fleet races were attempted. We can’t sail till the Silver qualifier takes place.

Finally, at about 5 pm we were excused for the day. And yes, no sooner were we told to go home then the wind came up. Since the sun doesn’t set till nearly seven Chris Berger convinced Peter Hamrak, a Russian named Sergei, and Mike Bloom to sail multiple hot laps back near the pits.

The ice on Baikal is less than ideal. I’d rate the ice a 6. The lake is full of snow drifts that are deep and hard. It takes some great steering and lot of luck to navigate the course. Hopefully, our evening session will serve us well tomorrow, when the wind is predicted to reappear.

It’s been another long day. Time for a shower and some shut eye. 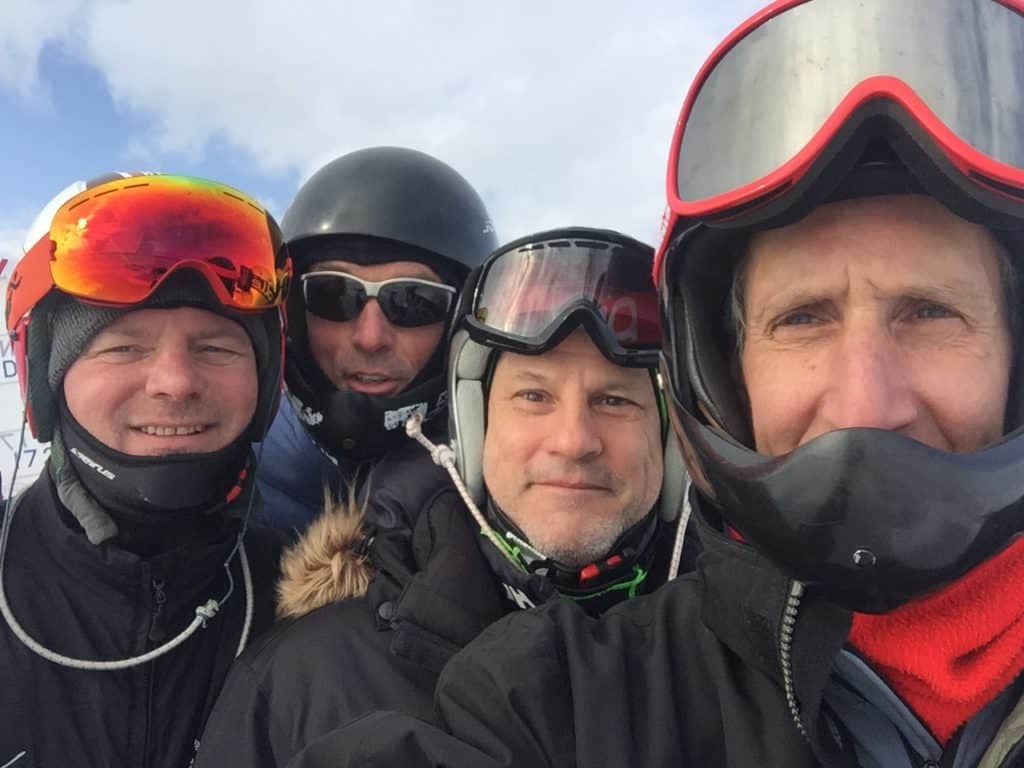