Where It All Began: Part 2 – The Boats 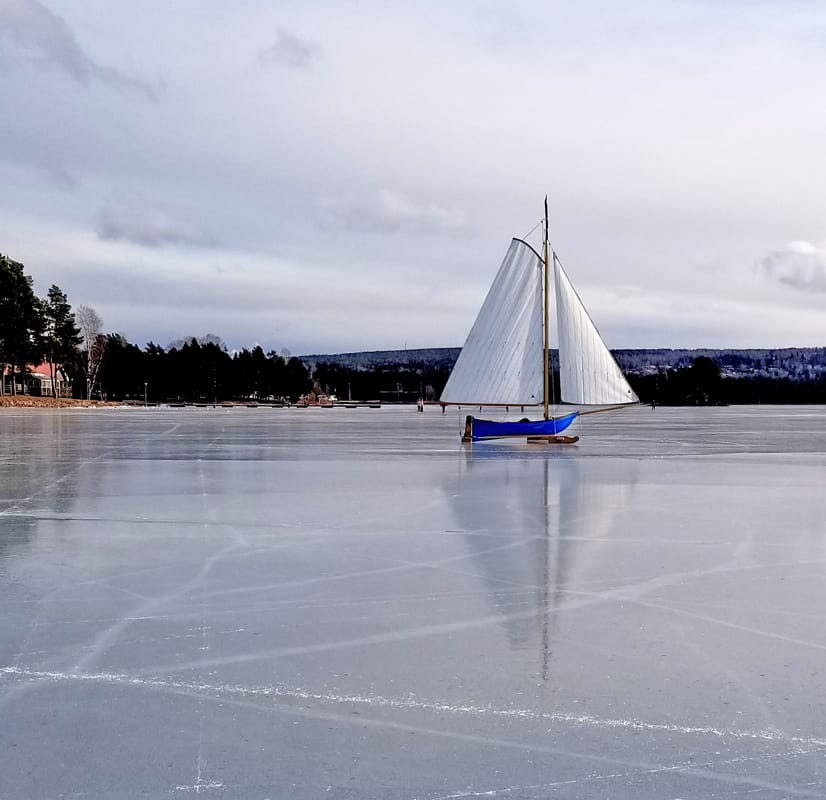 It’s evening here in Furudal, Sweden and I have a few quiet minutes to write some more about the Dutch style iceboats. If you’re going to travel with heavy iceboat hulls on the ferrys and highways of Europe, a decent trailer is a must. The boats are quick to take down but great care is taken in loading them for the long trip home. From Orsa, it’s a 7 hour drive to the ferry at Gothenburg, Sweden, then an overnight ferry ride to Kiel, Germany, and then another few hours to home in the Netherlands. Some opted not to take the ferry and drove straight through.

The oldest boat brought to Orsa dated from 1917 and the newest from the 2000s. They remain desirable boats and there’s a good market for them. The newer boats are built with lighter hulls. I asked jokingly if they sharpened their runners every night like DN racers. They are pretty relaxed about runner sharpening but the hard ice on Orsa coupled with some blustery winds caused some boats to drift and a few gentle 360 spin outs. They are used to sailing on much softer ice. The “Bakery” boat I referenced in this morning’s post was an actual working iceboat built in the 1930s and used by a Dutch bakery to deliver goods on the canal. Thanks again to the club members of De Robben for making me feel welcomed and for keeping the traditional ice ships alive!