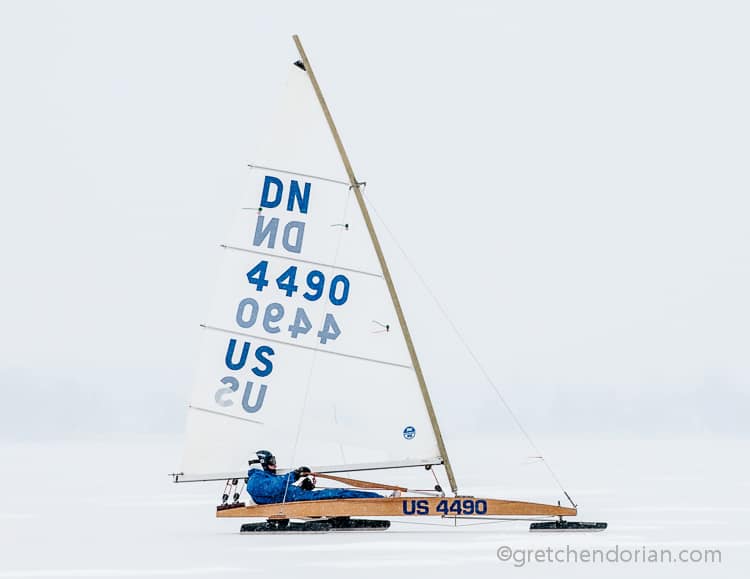 Peter Lundt races his DN at the 100 year anniversary of the Northwest regatta sailed on Green Lake in Green Lake, Wisconsin in 2013.

We have some sad news to report, long time Four Lakes Ice Yacht Club member Peter Lundt has passed away. Peter, an avid DN sailor, served as Secretary of the 4LIYC in the 1980s. Peter contributed to the club in other ways such as cooking and serving a high quality ham at club picnics, a tradition he continued to honor Jim Payton’s memory because Jim started it 40 years ago.  Funeral arrangements are pending and will be posted here when available. Gunderson’s Funeral Home in Monona is serving the family. Peter was also a passionate soft water sailor and belonged to the Lake Monona Sailing Club. Fair winds and black ice, Peter.