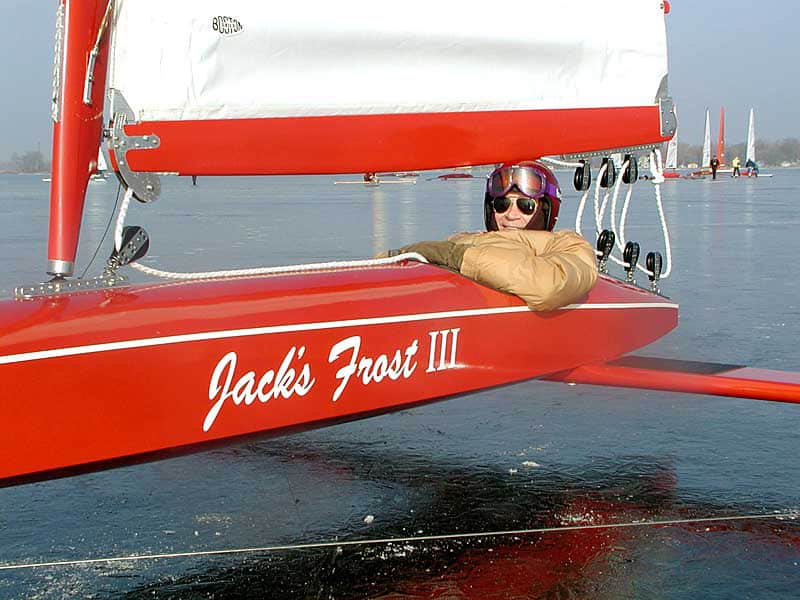 Jack Ripp, devoted family man, 60 + year Four Lakes Ice Yacht Club member, iceboat champion, and gentleman, passed on this morning, July 20, 2019 after a short illness. Jack was one of the people who defined this club and we will miss his influence. Though he retired from active sailing several years ago, Jack continued to attend 4LIYC meetings and social events.
I will give you some facts and figures about Jack’s impressive ice sailing record, but they pale in comparison to his character; he was a steady, gentle man, admired and loved by all. Our deepest condolences to his family. If you have some memories of Jack that you would like to share, please contact me and I will post them.
Deb
Previous from 2010: “Large Crowd Gathers for Tribute to Jack Ripp at 4LIYC Awards Banquet”