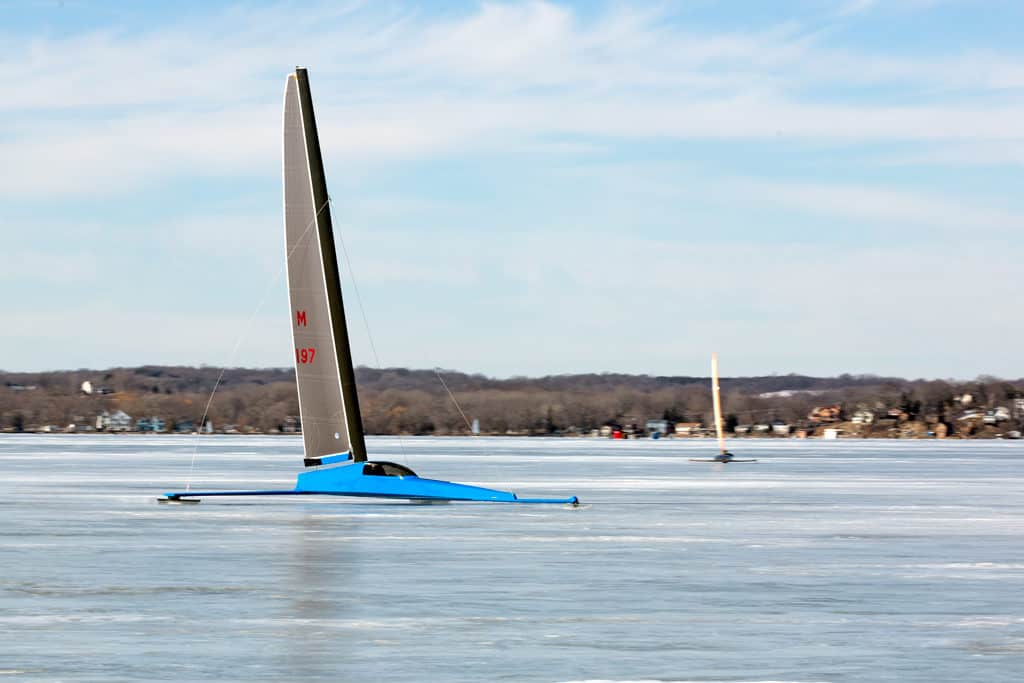 Ken Whitehorse in the new blue Class A Skeeter

4LIYC Scores
The 4LIYC did have a racing season, albeit a short one. Fortunately, our by-laws allow for regattas sailed on home ice to be counted towards club scoring. Our Nite class members will be taking home the “pots and pans” at this year’s banquet on April 27. (Banquet information here.) The Renegade class was also able to race that weekend on Kegonsa and Trophy chair Jori Lenon and the board have been working on the specialty trophies too. 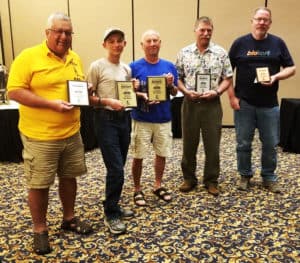 You may have noticed that this website wasn’t being updated very much during the past few weeks. That’s because I was in Primm, Nevada at the 2019 Blokart North American championship along with some other Wisconsin ice sailors. Jim Nordhaus and Geoff Sobering placed 2nd and 3rd in their division. First time land sailor, Andy Gratton, placed 2nd in his division. All three of these ice sailors won races in their division against some extremely tough competition.
Scores here.