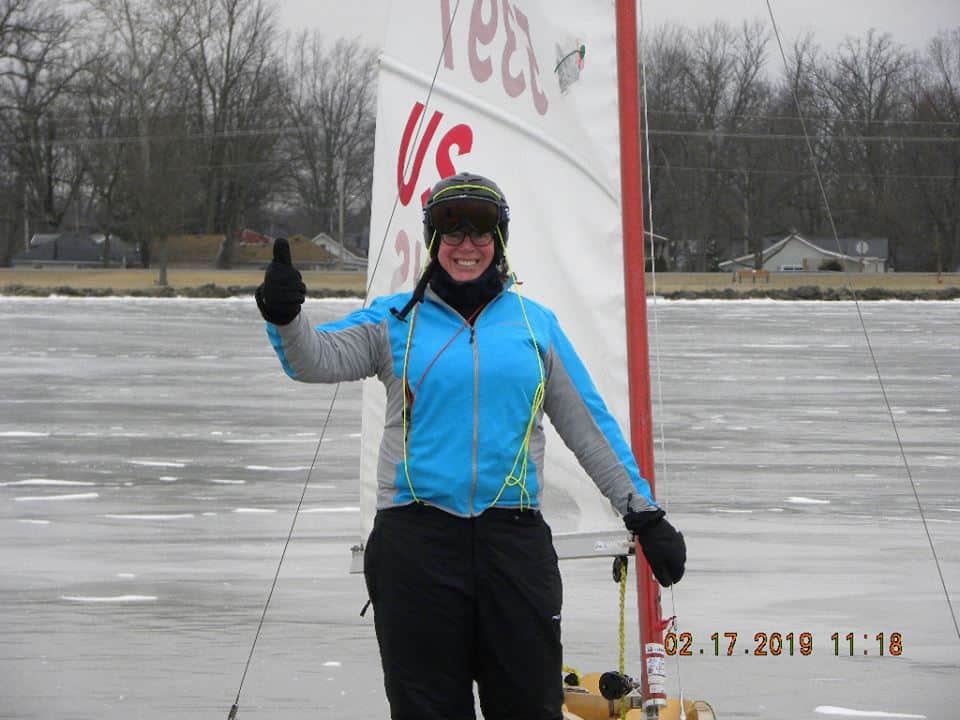 A quick update before heading out for the first day of the DN North Americans on Lake Wawasee in Indiana. Yes, we’ve moved 3 hours west from Ohio to better ice. You’ve all probably heard by now that 2019 DN World Champion, Michal Burczinski of Poland, won the regatta in a boat borrowed from 4LIYC member and Spaight St. Syndicate director Daniel Hearn, and not just any boat, Daniel’s best equipment. An incredible testament to true sportsmanship by Daniel when he learned that the Polish boats were delayed in transit and wouldn’t make the regatta in time.
But that’s not the only 4LIYC boat on the line. Jori Lenon loaned her boat to land sailor Renee Fields of Nevada who had never sailed an iceboat prior to this regatta. Renee was the third highest placing female in the Gold Cup. I think we may have another convert. So thank you Jori and Daniel for helping to promote this sport by loaning your boats to competitors. Follow the action at idniyra.org! Off to the lake….