In The News: Bill Bucholz 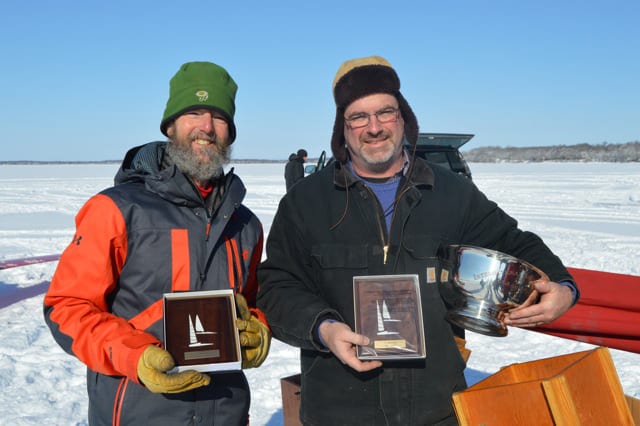 Bill Bucholz and Pat Heppert at the 2017 ISA in Battle Lake, MN

Our good friend, Maine iceboater and iceboat builder Bill Bucholz, was recently featured in an article in the Portland Press Herald. Bill made the long drive to the ISA in 2017 with his C Skeeter and we look forward to his next regatta visit.

CAMDEN — Bill Buchholz builds ice boats for a living, a trade that sets him apart.

He built his first in 2007, and in the subsequent years turned his Camden company, Apache Boatworks, into a business that specializes in ice boats, sleek usually one-person crafts that can skate across frozen ponds and lakes at speeds of up to 50 mph.

In a boat-building community of some 5,000, Buchholz is the only full-time commercial ice-boat builder in Maine, and one of a small number – some estimate it around 200 – in the country. Continue reading.