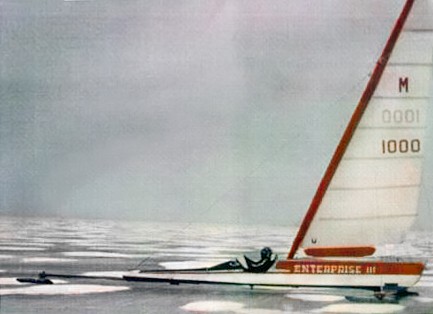 Always an innovator, Harry built this front-seater Class A Skeeter in the early 1970s. 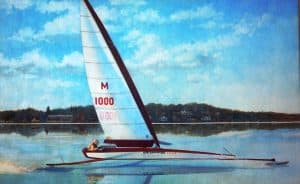 MONONA-Harry R. Whitehorse, age 90, of Monona, WI passed away peacefully surrounded by family at Capital Lakes on Wednesday, November 29, 2017. He was born on October 11, 1927, in a wigwam near Black River Falls, Wisconsin to Ralph Rubin and Annie Greencrow Whitehorse. He belonged to the Ho- Chunk Bear Clan.

Harry was a World War II Naval Veteran and served in the Pacific Theater. He married Marlene (Dreger) in 1951 in Madison. Together they had 8 children and were married 35 years until Marlene’s passing in 1986. Harry married Debra Rosten in 1993 and had a daughter, June. 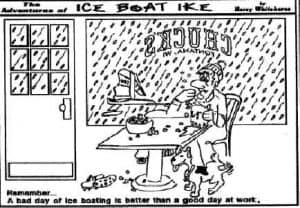 Harry led a remarkable life with both family and accomplishments. He owned and operated Chief Auto Body & Repair for nearly 45 years. He drove and owned several race cars after the war years, competing with the Badger Midget Auto Racing Assoc. He was an avid outdoorsman and sportsman with many successful deer and pheasant hunts. He was a Wisconsin State Trap Shooting Champion. He was also a member of the Four Lakes Ice Yacht Club, enshrined on the clubs Honor Roll. Harry was an avid bowler at Monona Village Lanes. He sponsored Chief Auto Body football and softball teams and played on them as well, always insisting he was the quarterback or pitcher. He could dance a mean polka and even blast out a few songs on the trumpet and flute. He loved classical music along with classic country. 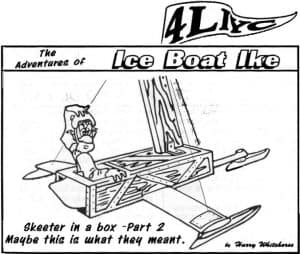 Harry was best known for his extraordinary artwork and creativity. Skilled in metal sculpture, snow sculpture, wood carving, Halloween costumes (like the legendary gorilla), jewelry, and oil painting, his work always included strong themes of nature, his Ho-Chunk heritage, or family. He has many public sculptures in the Madison area and all over the world. He won best of show in Madison’s first two Art Fair on the Square competitions. Harry used all the talents he was given and was driven to create most every day of his life.

Visitation will be from 9:00 a.m. to 11:00 a.m. on Tuesday, December 5, 2017, with funeral to follow at 11:00 a.m. at Monona United Methodist Church at 606 Nichols Rd., Monona, WI. Rev. Brad Van Fossen officiating, Foster Funeral and Cremation Services is assisting the family with arrangements.