Mike Bloom shares his incredible day at Baikal. For those of you who don’t know, Mike and his good friend, Mark “Doctor” Christensen had promised to make the journey to Baikal together but the Doctor passed on after a long illness at the beginning of this sailing season. Mike kept their promise and remembers his friend at the close of this ice sailing season on Baikal. Good luck getting home.

Yesterday is why you travel to Baikal. When the winds called the Baikal Beast exceeded 17m/s and racing was cancelled I was invited to visit the Stupa on the big island out in the lake. So I put on my spikes for a 7 km walk in winds so strong it could blow us off our feet. Dederic organized the day and we were joined by his wife Alexandra, Chris Berger and Marci and two other Dutch sailors both named Hans.

A Stupa is a religious structure containing the remains of Buddhist monks and is used as a place of meditation.

The shape of the Stupa represents a Buddha, crowned and sitting in meditation posture on a lion throne. But a local guide said the Stupa may represent the five purified elements: land, water, air, fire, and sun.

We honored the Buddhist tradition of circumambulation which is an important ritual of walking three times around the Stupa. As a result, Stupas have a path around them. We also left a small token at the alter. Surrounding the Stupa were many prayer flags. Being there was a moving and spiritual experience.

We then walked back to the ice and walked to the tip of the island to view a famous rock outcropping in the shape of a dragon.

From there we walked around edge of the island to seek shelter as the winds really picked up. We stopped in a beautiful spot with an amazing view of the lake. The rock outcroppings were covered with ice and Dideric and Marci surprisingly produced a bottle of Baikal vodka and glass shot glasses. We all briefly spoke about how fortunate we are to sail in Baikal and to be together with friends from around the world.

We drank a toast to Mark (Doctor) Christensen and then a separate toast to fun and friendship.

As we started the 7k/m trek home suddenly a four dirt Buggy’s were heading straight for us. They were incredibly loud and appeared to be having way too much fun. Turns out they were sent by Jörg to find us.

After a couple of high speed 360’s they stopped and offered three of us a ride to see some ice caves, mountain goats and another large spiritual rock shrine. So without hesitation Hans, Hans and I jumped in. After all, what could go wrong traveling at freeway speeds on a sheet of ice in dirt buggy’s driven by a bunch of crazed iceboaters!

Some three hours later we were back on shore for the regatta’s international dinner. Each sailor brought food from their home country.
Jorge brought eel. Hamrak brought salami and herring. Jost brought bread and sausage. Marci made delicious American baked beans. The Swiss brought Cheese and chocolate while I have no idea who brought the rest.

After a very fun dinner the music started, as did the dancing. Young and old joined the festivities and international boundaries were no longer relevant.

Sailing continues today. The ice has gotten slightly better. Not sure about the wind though.

I made the difficult decision to join Berger and Marci and return home today. Air travel out of Irkutsk is getting difficult. European borders are being closed to foreigners. My airline reservations keep getting cancelled. Many others have already left.

My trip to Baikal was everything Ron Sherry, Jörg and Dideric promised it would be. The people, the culture, the geography is indescribable. It was truly a remarkable journey. One I will remember forever.

The ice sailing community grieves today for Minnesota DNer Mark Christensen US4824. Mark sailed home after a long illness on Saturday, December 14, 2019 which was also the first day of the Great Western Challenge, a regatta he was closely connected with. Mark had raced with the 4LIYC and won the DN title at the 2016 Northwest regatta.

He was a highly competitive and skilled DN racer and part of a group of Minnesota DNers whose passion has helped to bring new people to the sport. Mark was a key member of ice scouts who were responsible for getting sailors from all over North America, Europe, and Russia to join together in Minnesota for the first fun regatta of the season. He was a top ranked DN racer and relished battling on the ice against his close friends, be it scrub racing or continental regattas.  He won the Ice sailors from around the world extend our deepest sympathies to Mark’s family, his girlfriend Lisa, and to the Minnesota Ice Sailors. 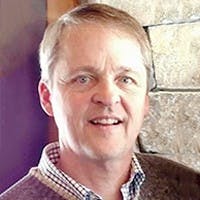