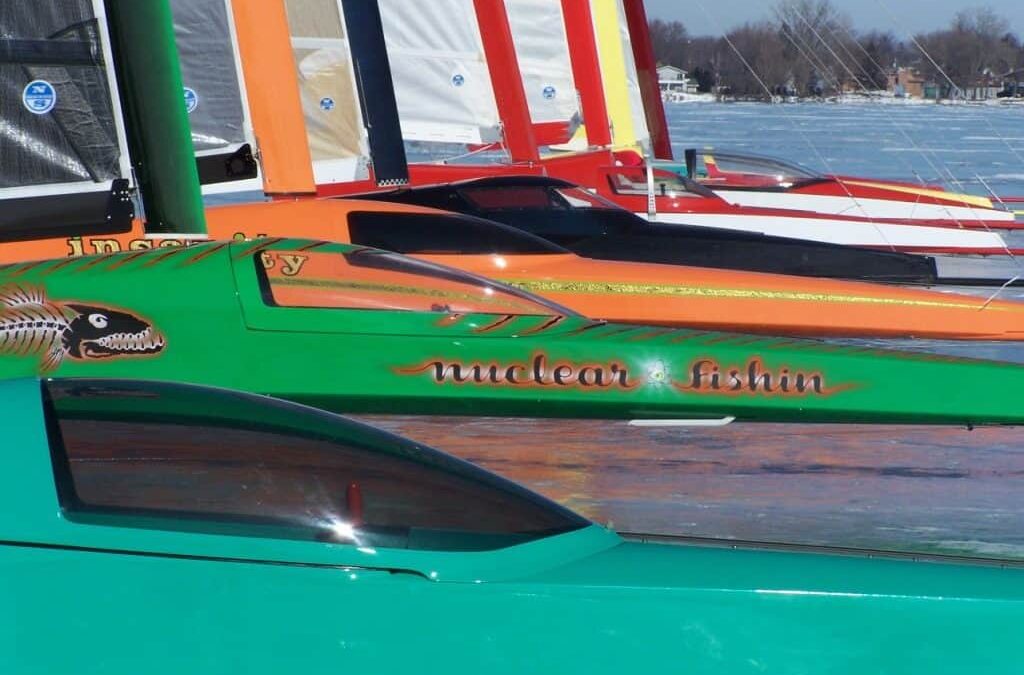 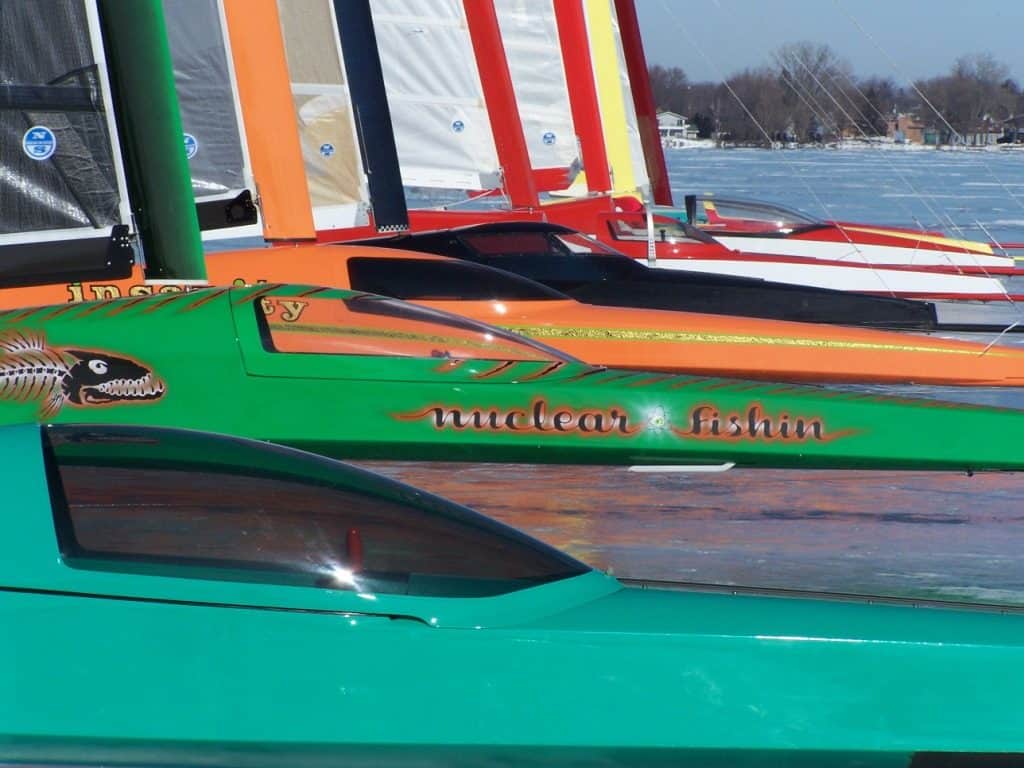 Class A Skeeters with North Sails (created by Henry Bossett at the North Sails New Jersey loft) line up at the 2010 Northwest Regatta on Lake Winnebago. Photo: Joe Terry

Lowell North, one of the most influential men in sailing passed on June 2nd. That brought to mind something that has become iconic for me, Joe Terry’s photo of a perfect line up of Skeeters, all with the big blue North sail logos. Lowell North had a strong Wisconsin connection in Madison native, Peter Barrett, who won an Olympic medal with Lowell and “founded the second North Sails loft (Seal Beach, CA) before moving home to Pewaukee, WI to start North Sails Midwest, the first North loft outside California.”

There’s been a long tradition of ice sailors who have worked with North Sails. You’ll find some of that history in 4LIYC Nite sailor, Don Sanford’s story about the life of Peter Barrett.

Peter Barrett: A Life Under Sail by Don Sanford

In 1964, Lowell North hired Peter to manage North’s second sail loft in Costa Mesa, California. Peter and his family moved to California in the summer of 1965. Peter would work at North Sails for the next 21 years. Five years later, in 1969, he and his family moved to Pewaukee to manage the new North Sails Midwest loft. Together with his old UW sailing buddies Charlie Miller, Art Mitchell, and Peter and Olaf Harken, they operated North Sails Midwest, Harken Yacht Fittings and Vanguard Sailboats from the basement of an old bottling plant in Waukesha. They all lived on Pewaukee Lake, raced Finns and were members of the Pewaukee Yacht Club.