While ice sailing is on temporary hold here in Wisconsin because of too much snow, here’s a video to brighten your day. Despite the snow, these kids at the 2018 Junior World Championship are eager sailors having fun. 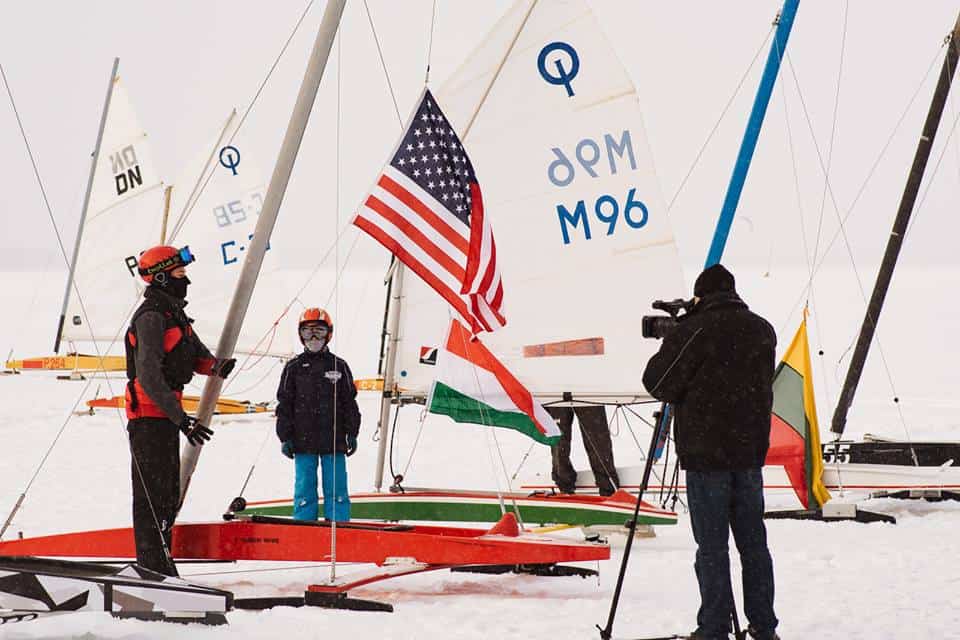 Photo: Andrius Repšys    Thor Rosten US888 raises the flag at the opening ceremony of the DN & Ice Optimist World Championship in Lithuania

The Junior DN & Ice Optimist World Championship regatta has been completed with 7 races in the DN fleet and 6 in the Ice Optimist fleet. Congratulations to Estonian sailor Rasmus Maalinn who sailed nearly a perfect regatta with 6 firsts and one second. 2017 JWC Eddie Klemets of Sweden was second. Zuzanna Rybicka of Poland was the highest placing female with an 8th. Estonia’s Karl Ader took first in the Ice Optimist division and another Estonian, Lisbeth Taggu, was the highest placing female with fifth place finish.
The show isn’t over yet as the fleets are making a two hour move (because of snow in Lithuania) today northeast to Riga, Latvia to complete the European Championships tomorrow.
Results 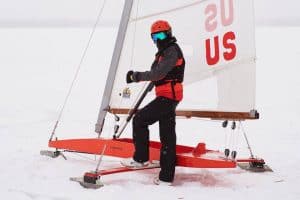